Diemonds reflect on past bandmates that have passed away

Canadian sleaze rockers, Diemonds, have suffered their share of tragedy since the band first formed in 2006 given that the group has lost not one, not two, but three former band members in the last two years. 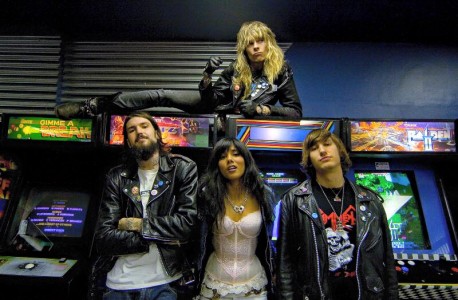 “Today we reflect on the loss of some of the closest people in our rock n’ roll family. One year ago Paul “Cuzo” Mancuso left this planet. We miss him everyday. He was hilarious, an absolutely amazing bassist, and a true one of a kind.

If you saw us live during the In The Rough era, you were probably lucky enough to meet him. You may have dug his work on The Bad Pack. Please give a moment of loudness for Paul, and our other fallen brothers Alan Riches & Vassil Mester today. We suggest Sabbath, Ramones or Thin Lizzy turned up to 11 so they can hear us up there. 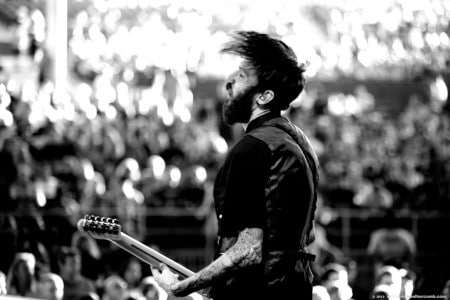 Back on December 21, 2013, Diemonds former guitarist Alan “Yeti” Riches passed away at the age of 31 due to complications with diabetes. Riches played drums on Diemonds‘ debut EP In The Rough in 2008 and guitar on their 2011 release The Bad Pack.

“Alan introduced himself to me as Yeti. At least I’m pretty sure he did. I honestly can’t remember. Meeting Yeti for the first time is a pretty overhwelming experience.

He’s a big guy, of course. But when you add tattoos, bad ass facial hair and all kinds of heavy metal skull ring jewelry, my first impression was: this guy is too cool to work for us.

And I don’t mean to say that he gave off that vibe, I just legitimately thought “oh, he’s way too cool to work for our band” ..but whenever we could snag Yeti for a tour, we absolutely would. And we were always better for it.” 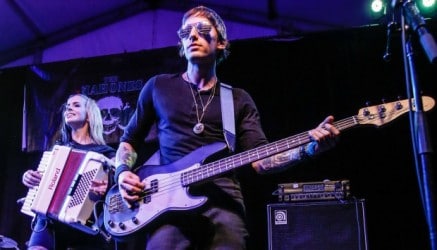 Back on December 4, 2014, Paul “Cuzo” Mancuso passed away at the age of 32. He had played bass on both of Diemonds’ releases, 2008’s In The Rough and 2011’s The Bad Pack before leaving the band and eventually joining Canadian Celtic punk band, The Mahones, in 2012.

Diemonds posted the following message on their Facebook page on December 5, 2014 regarding Mancuso’s passing: “We are incredibly saddened about the passing of Paul “Cuzo” Mancuso. There’s no way to describe the loss of his positive attitude and genuine love of rock n’ roll and his friends. Diemonds fans will remember him forever for his time with us and the impact he’s had on our incredible journey. This comes as a massive shock to us. We are gutted. As we prepare to remember the life of Alan Riches in a few weeks, we now have lost another unsung hero way, way before his time. We couldn’t have done it without them. We love and miss you both. Condolences to both families and all who are hurting during this incredibly difficult time.” 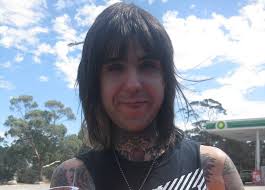 Finally, back on April 2, 2015, former Diemonds drummer Vassil Mester passed away at the age of 27. Mester played in Diemonds from 2006 to 2008 prior to the release of the band’s debut EP In The Rough in 2008. Mester was the second person thanked in Diemonds‘ “thank you” section of their EP’s liner notes.

Sadly, investigations subsequently revealed that Mester died of a drug overdose. The following message was posted on a Facebook page in memory of Mester:

“Vassils parents have requested that everyone know that the detective and coroner in charge of Vassils case identified that the cause of Vassils overdose.

It was on a painkiller narcotic and an opioid called FENTANYL.

Fentanyl is sometimes sold as heroin, often leading to overdoses. The biological effects of the fentanyl analogues are similar to those of heroin, with the exception that many users report a noticeably less euphoric “high” associated with the drug. Fentanyl may be hundreds of times more potent than street heroin, and tends to produce significantly more respiratory depression, making it somewhat more dangerous than heroin to users. As such many fentanyl overdoses are initially classified as heroin overdoses.”

DIEMONDS – TAKE ON THE NIGHT

This is Diemonds official video for Take on the Night from the upcoming record “The Bad Pack.” http://www.diemonds.net Party down in another town!