Diemonds release video for “Ain’t That Kind of Girl”

Canadian sleaze rockers, Diemonds, have released a video for the song “Ain’t That Kind Of Girl” from their new album Never Wanna Die, which was released back in August 2015. 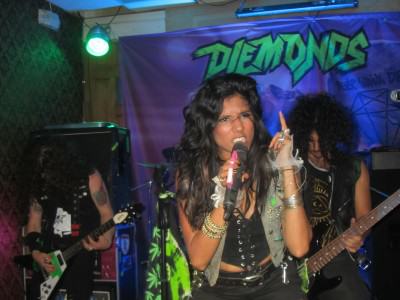 Sleaze Roxx interviewed Diemonds‘ frontwoman Priya Panda around the time of the release of the new album and she stated the following regarding the inspiration behind some of the lyrics of the songs including “Ain’t That Kind Of Girl”: “…Well, I think that “Over It” and “Ain’t That Kind Of Girl” are almost a continuation of one another. One of them is like a call to arms and the other one is like a call to action. They kind of both speak to people who want to make a change in their lives and who are living their life on their own terms. You know what I mean? That is super important to us because I think that is what we do and we can really relate to other people who feel the same way.”