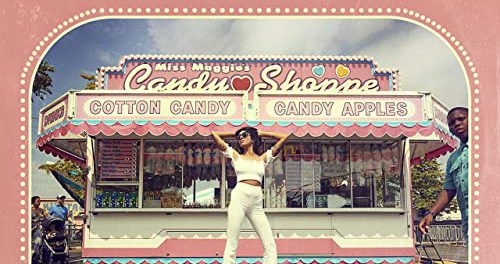 Diemonds lead vocalist Priya Panda continues her foray into a new musical landscape with a video for her third solo single titled “Freaky Girl” which will be part of her upcoming debut solo EP Snacks. The video for “Freaky Girl” premiered on the website Uncle Tnuc. 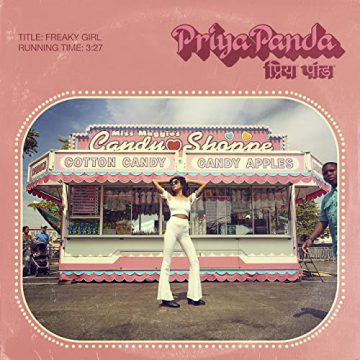 In an interview with Sleaze Roxx back in March 2020, Panda explained the songwriting process for her solo material. She indicated:

“Yeah. So the bulk of my songs, I did with Dajaun Martineau who had worked with us on the last three Diemonds records. He flew out here [to L.A.] and we pretty much demoed in my kitchen for a while over a couple of weeks and then we recorded in a studio in Hollywood over the course of a week. So a couple of writing sessions and a couple of recording sessions. It went really well. It was fun! I worked with him and he’s awesome. I am comfortable with him but he’s also really talented and versatile. He’s always really busy and hard to get a hold of but I am really glad that he came out.

I also did one track with Maximum Exposure and they are Ben Cook from No Warning Fucked Up and Young Guv, and his partner Anthony Nemet. They are very, very talented and I did a track with them. I also did tracks with James Doviak who produces and plays guitar for Johnny Marr who’s the legendary guitar player from The Smiths. It was very cool working with him. He’s from Manchester and he was out in L.A. for a bit. I am excited for people to hear those tracks. They have a completely different vibe as well. I dig working with different people. It was really fun. It’s not something that I’ve ever really done before. We tended to have the same team for Diemonds. Mixing it up helped me to kind of get over some of my shyness [laughs] and all that kind of stuff.”