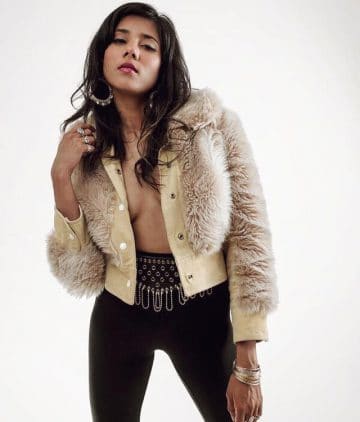 Of note, Panda did not provide any further details on whether the new album will be a solo effort, a new Diemonds record or another endeavour.

Back in August 2018, Sleaze Roxx interviewed Panda and asked her whether she was thinking of branching out as a solo performer to which she replied: “Hmmm. I just want to work. I just want to do that as much music as possible and play as many shows as possible. Get back on the road and yeah, I want to increase my opportunities to do that. As many as I can find, I’ll do. I have always been committed to my band. I created it. It’s my baby but you know, there comes a point in time when you know, you want to spread your wings, try new things, do more.”

In terms of how long that she had been thinking of branching out as a solo artist, Panda advised: “I think that I have always been really open to opportunities. You know, I was in She Demons for a while there. I have performed other people’s songs. I have collaborated. I just did a song, a duet with Finny on the new [The] Mahones record. You know, I am always down so if the opportunity comes up, I am always open to it. I don’t think that it’s anything new. It might just be time for me. I have a lot to say. I have more to say now than I ever have.”