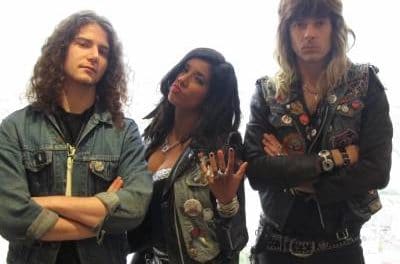 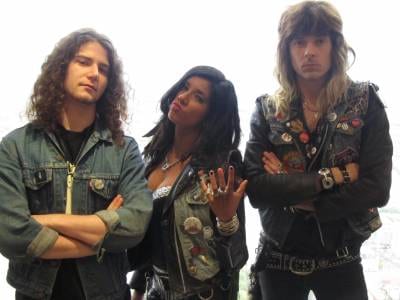 Canadian sleaze rockers Diemonds will be playing Europe for the first time in 2017 as the band has a deal in place to play in the UK sometime in 2017. The group is also looking to play other dates in Europe.

Diemonds are not new to the international stage having played in Shiloong, India back in December 2009 and Tokyo, Japan back in November 2015. The band is well known for touring often throughout Canada and the United States.

Diemonds‘ latest studio album Never Wanna Die ended up #3 on Sleaze Roxx’s Top Ten Albums of 2015 and an impressive #8 on the Sleaze Roxx Readers’ Top 20 Albums of 2015, the latter being a year end list traditionally dominated by better known and more established acts. Sleaze Roxx stated the following about Never Wanna Die‘s #3 finish in its year end list: “I almost feel like I have to apologize to Diemonds for not giving them a more overwhelming positive review for their Never Wanna Die album. You might be surprised to see that Diemonds‘ third album Never Wanna Die gets one of the top spots for the year if you were to read my review of their new album. The reasons why my initial review was not over the top positive were that the guitar sounds were definitely “modernized” a little bit and I couldn’t help but compare it to its predecessor The Bad Pack which I absolutely

In addition to Diemonds “obviously” releasing a new video in 2017, Dekay stated as follows about the group’s plans for 2017 (as transcribed by Sleaze Roxx): “We’re definitely going to have some new music for you. That’s definitely something that we wanted to let you in, let you into the know today is that we’re about halfway through demoing new songs for the record. Gonna hit…”

Panda added: “We started playing one of them on tour. The feedback we got was great. Everyone seemed to really dig it. We dug playing it. It was a lot of fun. So we’re really looking forward to this new shit.” 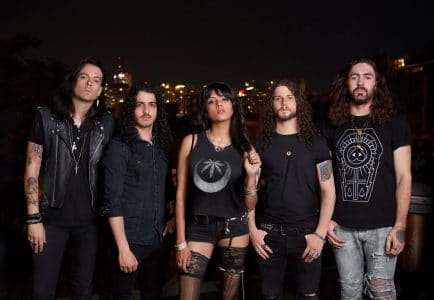 Dekay stated: “The song we’re playing live is called “Our Song” and…” to which Panda piped in, “It’s dedicated to our fans. It’s kind of a fan anthem. You know, like [KISS‘] “I Love It Loud” or something like really iconic. That’s kind of our version of it. We dedicate it to all of you guys. It’s a really special song. It means a lot to us. So we’re going to spend most of winter in the studio but as soon as we’re coming out, we’re going to be playing some dates. We want to know where you guys wanna see us ’cause well, last night…”

Dekay jumped in stating: “Last night at about 11:58 [pm], we were working on signing a deal for our first ever show in the UK! So that’s a real thing.”

Dekay added: “It’s a dream. I’ve always, always wanted to take Diemonds to the UK and beyond of course. As Priya said, the sky’s the limit. We want to play wherever you want to see us. This is a call out to the diehards. If there’s a rock bar, if there’s a city, if there’s just cool people and cool bands we got to meet.” Panda chimed in, “If you’re a promoter” to which Dekay added, “Reach out. We’re easy. We’re easy to get in touch with on the internet. We read all your comments. We respond to messages. Just get in touch and let us know where you want to see us in 2017.”

DIEMONDS – GET THE F&$K OUTTA HERE

Diemonds new music video for Get the F&$k Outta Here. From the album “The Bad Pack” released October 2, 2012 on Underground Operations – http://www.diemonds….