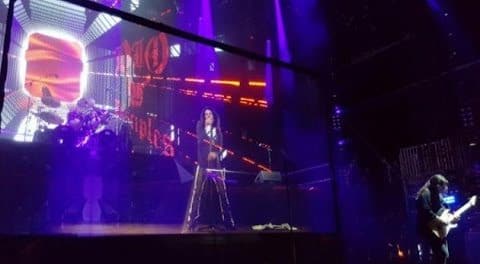 Dio Disciples to tour along with Ronnie James Dio hologram 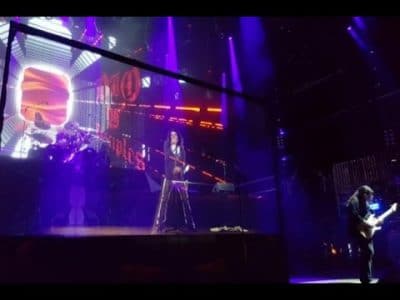 Sixx Sense have reported that Dio Disciples will be touring along with a hologram of the deceased Ronnie James Dio.

The following is an excerpt from the Sixx Sense website:

“Dio Disciples will be touring this year and Ronnie James Dio, who passed away in 2010, will provide vocals during part of the show.

In what is likely the first time a deceased musician will headline a world tour, a hologram of the late Dio, Rainbow and Black Sabbath singer will take the stage during the jaunt.”

You can read the rest of the article at Sixx Sense.

The Ronnie James Dio hologram made its debut at the Wacken Open Festival back in the summer of 2016 with the powerhouse singer singing “We Rock.”