With the departure of guitarist Bill Hudson in April 2018, the groups Dirkschneider and U.D.O. fronted by former Accept singer Udo Dirkschneider had announced in mid-May that they had a temporary guitarist until October 19, 2018. Based on the 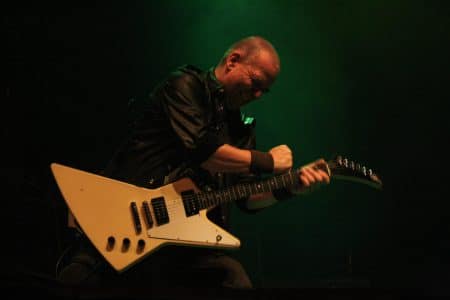 photo that was initially provided, Sleaze Roxx opined that the temporary replacement guitarist was none other than former Accept drummer and ex-U.D.O. guitarist Stefan Kaufmann. This has now been confirmed although Kaufmann appears now only slated to play during festival appearances this upcoming summer.

“We can finally announce the name of our stand in guitarist for the Summer Festivals in 2018.

We are very proud and happy that Stefan is going to be with us during the Festival period 2018. But again, Stefan’s (re) appearance with the Band is only temporary. The name of the new permanent Guitarist who will join us after the Summer will be announced soon.”