Dirtbag Republic consisting of lead vocalist/drummer Sandy Hazard, lead guitarist Mick Wood, bassist Kyle Richardson and guitarist Andrew Cairns have finished writing the songs for their third album and aiming to record them in the spring of 2019. The group previously released the albums Dirtbag Republic (2015) and Downtown Eastside (2017). 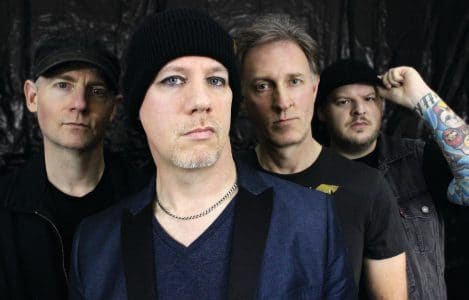 “Just a quick update on album number 3. So now we have 12 tunes that are really killer. We’d like to stick to the magic number 10 and maybe use the two that don’t make it for something else.

We have the album title picked out, song order pretty much figured out, but I’m sure that’ll get tweaked after we do the proper studio recordings. We are definitely going to try and get a vinyl release for this as well. We’ve really focused on writing great songs that are memorable and stick in your head long afterwards. It’s good to see a lot of bands are focusing more on songs than straight out riff rock.

We still have a lot to work out, but thought I’d share some of the process. We are shooting for a start of official recording in spring 2019. This record is gonna have some all out stompers, an epic heavy power cut with piano and cello possibly and more songs you’ll be slamming your foot through the floorboards once you dial it up in your car, house or log cabin. I always like to car test songs even in the rough demo phase. Enjoy this fluff ballad that we’re working on ?

Dirtbag Republic – SWING AND A MISS