Canadian sleaze rockers, Dirtbag Republic, have announced the addition of a new rhythm guitarist by the name of Andrew Cairns to their line-up. 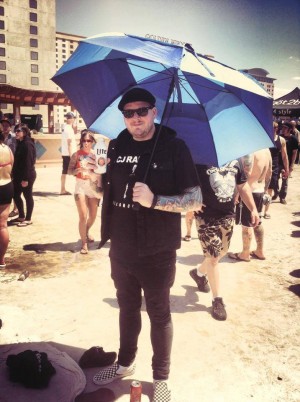 “Today in Vancouver BC is “Family Day”

That being said we’d like to welcome rhythm guitarist Andrew Cairns to the Dirtbag Republic family!

Andrew was a key figure in the 90’s punk scene in Vancouver, putting on shows and playing with Sandy in The Retreads and later melodic punks Complete.

Andrew also helped out tremendously with Mcrackins and played with us at the tale end of the band. He’ll be joining DBR in the studio starting in March to record the follow up to our very well received debut.

Expect another full force kick in the ass!” 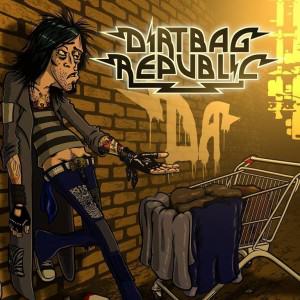 bio, which I had posted in a prior Sleaze Roxx news article but which content I had admittedly forgotten about! My favorite tracks on Dirtbag Republic are the opening track “Can You Feel It” with its grab you by the balls in your face attitude, the piano filled “Give Me A Taste” with its cool guitar solo, the fast paced “Exits & Daggers” and the peppy and catchy tracks “I Have Nothing” and “Leave The Lights On.” Man, I just named almost half the songs and I am leaving some out! Truth be told, I really like all the songs and in particular the first three tracks. Dirtbag Republic is just one seamless listening pleasure from start to end assuming that you enjoy Hazard‘s singing. I can’t end this album review without giving a very big nod to Mick Wood whose old school sleaze rock guitar sound and riffs are just so cool and really the foundation to the Dirtbag Republic album’s greatness. If you like sleaze type rock, picking up Dirtbag Republic‘s debut album is a no brainer — end of story.”