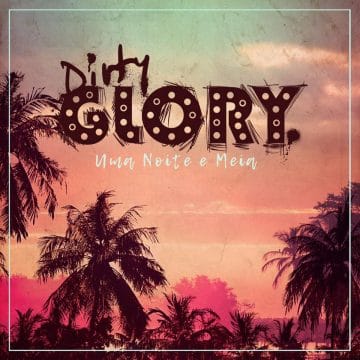 Brazilian sleaze rockers Dirty Glory have released a video for their new song “Uma Noite E Meia” which is presumably sung in Portuguese.

Sleaze Roxx stated the following in its review of Dirty Glory‘s Mind The Gap album (where the songs were sung in English) which was released back on November 2015: “Dirty Glory emanate from Brazil and will take you back to the hooks and melodies of the ’80s hair metal era while adding their own modern touches here and there such as on the song “Mr. Jack.” It’s kind of a shame that Dirty Glory were not around back in the ’80s because they would have probably fit right in and experienced some success during that glory period. Aside from the ballads “Beyond Time” and “The Sentence” that I am not crazy of and find on the dull side, the rest of the songs on Mind The Gap are entertaining, sometimes quite catchy and a trip down memory lane for a good portion of them. There are a couple of tracks that always seem to standout when I am listening to Mind The Gap and they are “20 Years Of Moving Out” and “Fire.” Each track has a really catchy chorus with nice melodies that make them easy to remember.”

Dirty Glory‘s Mind The Gap can be ordered via Perris Records.