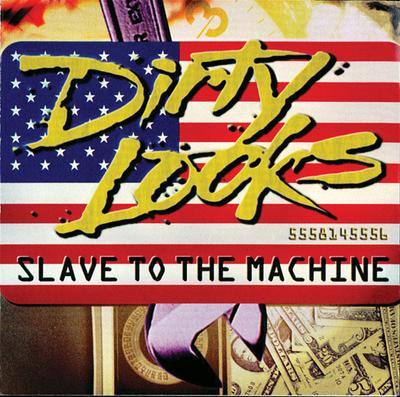 DIRTY LOOKS RE-RELEASE OF ‘SLAVE TO THE MACHINE’ SET FOR FEBRUARY:

Dirty Looks Europe is reporting that Sticky Records has announced the official reissue date release for Dirty Looks’ 1996 CD “Slave to the Machine”. It will be out on February 27th and sold by Perris Records.

This CD was the last one recorded by the band before Henrik decided to call it aday with Dirty Looks and founded Burning Orange with Scott Robison on vocals.

“Slave” was the 11th album in Dirty Looks’ discography and became quickly one ofthe hardest to find, it hit the highest prices on the second-hand market whereit was sold up to a hundred bucks by lucky owners of the CD.

This remastered reissue will come out with 2 bonus tracks recorded live fromthe Warner Theater show in Erie, PA on October 5th 2008, those tracks are”Everythings Gonna Be Alright” and the encore’s song “Let There Be Rock”.You can already hearing 2 remastered tunes (‘Murder For Money’ and ‘Droperidol’)from this re-release on Dirty Looks Europe’s MySpace at www.myspace.com/dirtylookseurope.