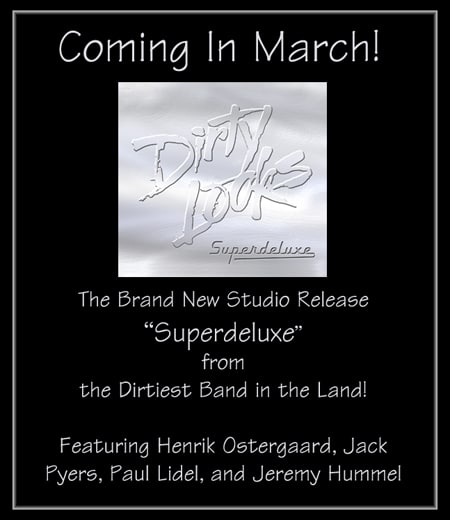 Taking little time off from their 2007 return which resulted in ‘Gasoline’, Dirty Looks is aiming for a March release of their brand new studio release ‘Superdeluxe’. Working on the album are Henrik Ostergaard, Jack Pyers, Paul Lidel and Jeremy Hummel.