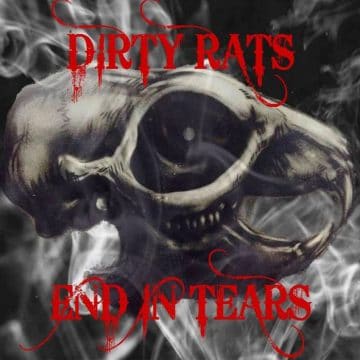 The group’s press release indicates (with slight edit): “Dirty Rats are a no-bullshit Aussie pub rock band, playing beer barns and inner-city clubs throughout Melbourne and country Victoria. Over the last 30 years, the band have developed a sound that is typically Australian hard rock, think AC/DC, Rose Tattoo. But listen, and hear influences from MC5, Mötorhead and even some punk rock. They have developed a loyal fan-base both here and overseas based on their critically acclaimed first album, Rock n Roll, and high energy shows for bugger all money, precious little industry recognition, but purely for the enjoyment of playing loud “balls to the wall” rock. After numerous line-up changes which saw some excellent players and some complete nut jobs pass through the band’s ranks, Dirty Rats are now a lean, mean and explosive 4 piece band pumping out some of the best new guitar driven rock, with a uniquely 80’s flavour, that you will hear today.”

Riding the wave of the worldwide critical acclaim of their first full length album, Rock n Roll, the Dirty Rats are set to release their brand new album “End…