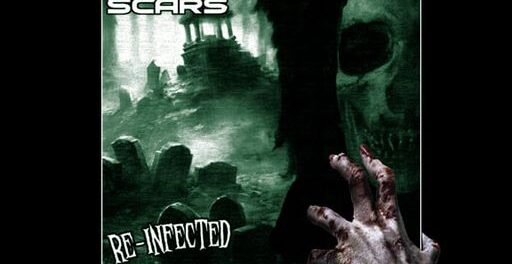 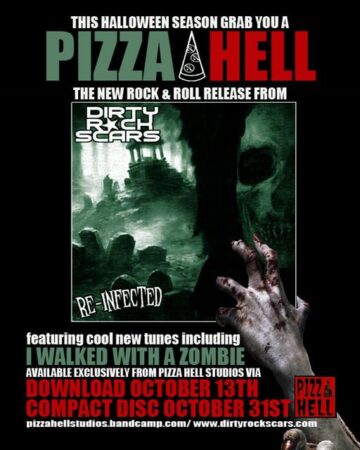 For the fourth straight year, Dirty Rock Scars scare up some tunes for yet another October 13th release with Re-Infected, a seven track EP that not only features some new tunes but revisits a couple of tracks from the band’s original formation in celebration of 4/5ths of the band’s original lineup reuniting.  Founder/regular member Stoney is excited to reunite with semi-regular guitarist Darryl Cliett and returning guitarist Michael James on bass and original drummer Chris Lowery.  This will be their first release together since the band’s original “Infected” single a few years back.

This time around, Dirty Rock Scars deliver updated versions of “Wake The Red” and “Drop Dead”, “Gorgeous”, both of which were on the band’s original demo, a remix of “Infected”, and new tracks “Pick Your Brain” and a cover of the Roky Erickson classic “I Walked With A Zombie.”