Florida, USA based sleaze rockers Dirty Skirty have posted an update on what they have been up to in the last year as well as their future plans. In addition, Dirty Skirty have released a new song “Ride High” available for streaming on their website. 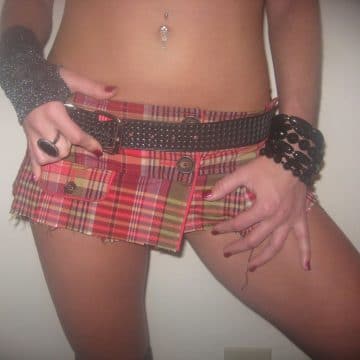 “With scattered shows opening for National acts here and there as well as working on new music the band DIRTY SKIRTY is doing what independent blue collared bands do…keeping the train rolling. The past 12 months has seen the band as direct support for Buckcherry and Quiet Riot. They also played for the second year in a row at 80s In The Park 2016 with bands such as Stryper and Queensryche. With guitar player Kenny Baker tied up with his guitar-tech duties for Yngwie Malmsteen, the band has replaced him with youngster Christian McClure from the band up and coming group Skar. He is bringing energy and new ideas to the band that will bleed through for their 3rd studio release.

You can already hear one of their new recordings “Ride High” right here on this site. The band has other tunes on tape and is finishing up pre-production on 3 songs as well. “It’s a process that as long as we keep moving in the right direction with creating good stuff we are in good shape. I don’t settle for anything but the best out of creating new songs. Every lyric has to serve a purpose and every guitar lick has to get the heads bobbing,” says front man Luke Stephens. Shows are already added, lookout soon for a spring run up the state of Florida.”

Dirty Skirty have released two studio albums to date: Long Live Rock N’ Roll (2010) and Rebel (2014). Their debut album landed the #6 spot on Sleaze Roxx’s Top Ten Albums of 2010 at which time Sleaze Roxx stated: “Coming from out of nowhere, with little publicity and zero fanfare, is Florida’s Dirty Skirty. Heavily influenced by classics such as Aerosmith and Tesla, Dirty Skirty released an exceptional no-frills rock record that was filled with a mixture of ’70s influenced hard rock and ’80s hair metal. That combination doesn’t make Long Live Rock N’ Roll the most original album you’ll ever hear, but like The Last Vegas last year, it results in perfection.”

Dirty Skirty‘s “My Way Or The Highway” song: