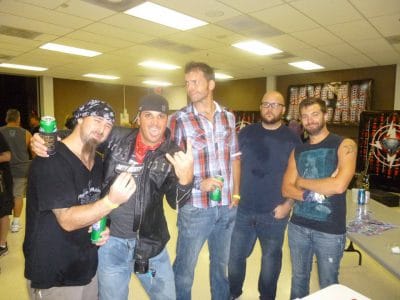 Florida based sleaze rockers Dirty Skirty have released a new song entitled “Rock N’ Roll Leader” which can be streamed for a limited time on the band’s website (see bottom of website pages).

In terms of the new single, Stephens stated: “”Rock N’ Roll Leader” is what it’s called. The past two to three years, I have had some thoughts about someone who played in the band who was a dear friend and now that friendship has withered away. Like anything else that I write the lyrics come right from the heart. Whether it’s been about drowning yourself in booze, riding into the sunset, or girls there 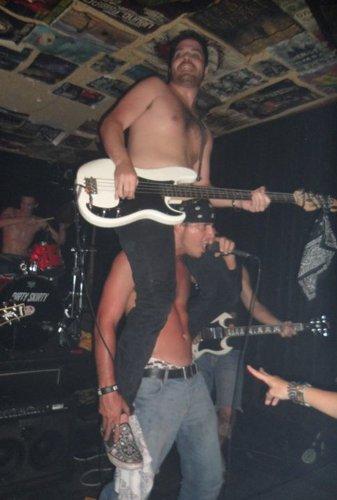 aren’t really any lines I write that don’t have an element of truth to it. This one is a self reflection of what the band is and we are. Collectively, it is Dirty Skirty speaking directly to one person in particular. The words are represented to serve as a stamp in time while at the same time a continuation of Skirty forever.”

With respect to a new studio album from Dirty Skirty that Stephens had hoped would be released back in the summer of 2017, he advised: “Ha! I need to get in the studio. The tune we just spoke about will be on there as well as “Ride High.” The status is we are about 20% complete as far as recording goes and 75% of the writing. I am crossing my fingers that we can get Jeff Allen, Scott Beasley, Carson Wayne, Timmy Vaughn, and Shannon Stovall to be a part of putting all of the energy together…. even the world famous Kenny Baker could join us. I’ll put our first album up against anything that’s been done the past 25 years… but then again I’m an overconfident guy.”

In regard to who is in the band, Stephens stated: “The previously mentioned guys as well as anyone who has ever played in the band. I just got married last month and I had the opportunity to share the stage with guys I haven’t played together with in seven years. As long as everyone puts Skirty first and their ego second there’s no reason we can’t do gigs with 3 guitar players. Our old 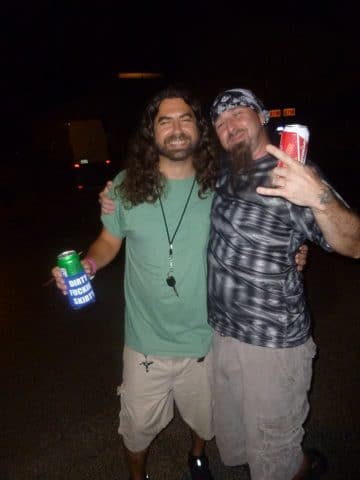 drummer Shannon who is an absolute genius in the studio came to 80s In The Park two years ago to watch us play. We didn’t even get to perform cause of the rain. However, that night they asked us to do an afterparty …. but Timmy and Shannon were awol. They had never met before that day. Come to find out they were partying with Autograph. Good times. I like think to think of the band as a football team. I’m the quarterback who gets to call the plays but I rely on the massive talent around me for victory.”

2017 is the third year in a row that Dirty Skirty are scheduled to play the 80s In The Park Festival. With respect to what this means to Dirty Skirty, Stephens advised: “I think it’s very exciting. I was gonna go this year whether we were playing or not. Heck…. I met my wife there two years ago when she went to see Slaughter cause she had a huge crush on Mark. There are a couple other ones in Florida but this one is and will always be dear to my heart because it’s the spot that the two rosters of Skirty came together as one. I’m very grateful and humbled to get to play with Jackyl, Lynch Mob, Winger and best of all I get to ask Simon Wright why the hell he quit the best rock band of all time!”

In terms of the music industry and bands having to tour constantly to make money, Vaughn stated: “I believe the industry grows larger and larger by the day. So many people are feeding off the pie that by the time it gets to the band very little is left so the band now works extra 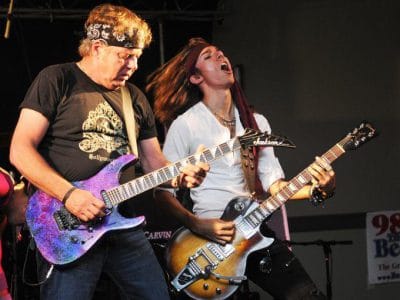 hard to get what they get and I’m sure a lot of times, if falls a little short for what musicians put in a show.”

Vaughn listed the following influences for his drumming: “I’m a big fan of Ozzy so I was always listening to guys like Bill Ward, Randy Castillo, and Tommy Aldridge. When I started drumming Dave Grohl had a big influence on me along with Lars Ulrich and Vinnie Paul. Chris Adler is definitely one of my favorites today along with Aquiles Priester whose style I favor the most.”

Stephens advised Sleaze Roxx that Vaughn is the guy in the band who supports original music the most, staying the longest at shows, and hanging with the most rock stars. Vaughn stated the following in that regard: “I would have to say because I’m such a huge fan of music itself. I pretty much enjoy every part of it from practicing on my kit to playing a show to going to see a show. I get on an adrenaline train a lot of people ride and I enjoy meeting everyone along the way.”