You’ve likely heard the expression, ‘What doesn’t kill you makes you stronger.” Dirty Skirty frontman Luke Stephens publicly shared today a horrific band related experience that he went through almost two decades ago and that he considers as the most impactful thing that has ever happened in his life. 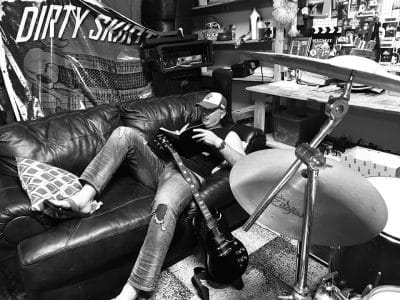 “The most impactful thing that ever happened in my life was in 2001. I went to my band’s warehouse to practice drums and get better and I caught my band auditioning a new drummer on my drum kit.

To quote a band member a few days prior “I don’t care if that junk yard dog is playing on the recording we want it as good as it can get.”

That day I learned about loyalty and motivation.

When you are down like many of us are now stand tough and be your own hero.”