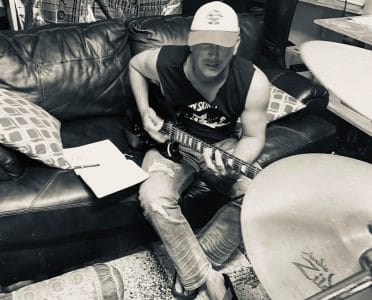 Florida, USA based hard rockers Dirty Skirty featuring lead vocalist Luke Stephens and bassist Cesar Pentzke are using their down time due to the COVID-19 Virus pandemic to work on their third studio album, which has been in the making for some time. Dirty Skirty previously released the albums Long Live Rock N’ Roll (2010) and Rebel (2014).

Speaking exclusively to Sleaze Roxx, Stephens advised: “Me and the boys have been working on putting things together and sending them to each other using the power of the group text. Cesar is a great songwriter and he has fronted bands on the Warp Tour before. Even though that style [of music] was obviously different, his ability to write has been always his major strength over the course of his doing music the past 25 years of his life. 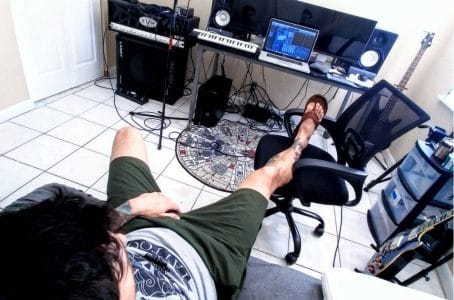 I have had some tunes that I haven’t had the opportunity to bring to life because rock n’ roll has taken a back seat to work and family. My son Tommy who is almost two is super into music. We listen to AC/DC and oldies about everyday. “Rock N’ Roll Leader” and “Ride High” will definitely be on the next album. The virus has given all of us the chance to really take more time to create and I have never been happier.”

Dirty Skirty‘s debut album Long Live Rock N’ Roll landed the #6 spot on Sleaze Roxx’s Top Ten Albums of 2010 at which time Sleaze Roxx stated: “Coming from out of nowhere, with little publicity and zero fanfare, is Florida’s Dirty Skirty. Heavily influenced by classics such as Aerosmith and Tesla, Dirty Skirty released an exceptional no-frills rock record that was filled with a mixture of ’70s influenced hard rock and ’80s hair metal. That combination doesn’t make Long Live Rock N’ Roll the most original album you’ll ever hear, but like The Last Vegas last year, it results in perfection.”

You can check out Dirty Skirty via their Facebook page.