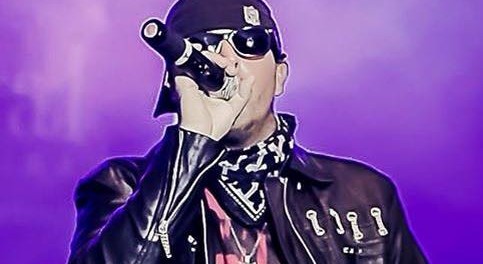 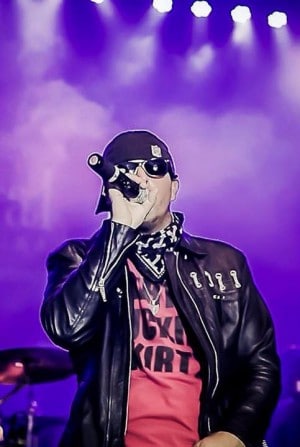 Florida based sleaze rockers, Dirty Skirty, have been working on their third album to follow up their 2010 debut album Long Live Rock N’ Roll and 2014 record Rebel. The group is recording their yet to be titled third album at Martell Studios in Kingsland, Georgia, USA.

“The next Dirty Skirty album is going to sound like Dirty Skirty. We follow the formula of what we have always believed in and that is to go with what comes from your gut, heart, and for us our loins. We have completely finished four tracks and the writing continues for the next run in the studio. The next songs to go record in mid 2016 are already written somewhat, but what makes them interesting is still being figured out.

I would expect that by the summer of 2017, we will release the record to the world. We are toying with the idea of going vinyl or CD only and no digital. Long Live Rock N’ Roll was a tremendous success for us and we were blessed it moved as well as it did. However, Rebel did even better, but thanks to the evil of Spotify and free streaming, we are still in the red on that release well over a year later.

I am all for spreading the music to people who love it… to be heard is the most important thing. However, at some point, bands need to try to figure out just how they can keep recording when they can’t really tour to support releases. We had a great year as a live band. We had the opportunity to share the stage with Quiet Riot in Cape Coral, Florida [USA]. In Melbourne, Florida [USA], we played with Autograph, Slaughter, and Lita Ford. It has been a hell of a year. Look for a song on our website to pop up soon for you guys!” 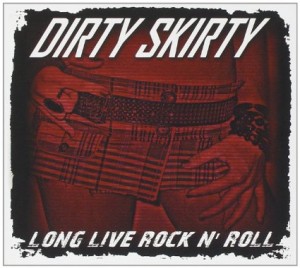 Sleaze Roxx stated in its review of Dirty Skirty‘s debut album Long Live Rock N’ Roll: “For a relatively unknown band Dirty Skirty have stumbled upon a masterpiece. I honestly can’t say anything bad about Long Live Rock N’ Roll, it rolls along with a consistency that few bands ever capture. To the guy who recommended I check this young band out I owe you a drink. Independently released, I strongly suggest buying this album to help support the continuation of memorable hard rock music.. your money will go directly to the band instead of a heartless corporation. Rock has a bright future with groups like Dirty Skirty carrying the torch – this one is definitely a strong candidate for best of 2010!”

Long Live Rock N’ Roll ended up landing the #6 spot on Sleaze Roxx’s Top Ten Albums of 2010 where Sleaze Roxx stated: “Coming from out of nowhere, with little publicity and zero fanfare, is Florida’s Dirty Skirty. Heavily influenced by classics such as Aerosmith and Tesla, Dirty Skirty released an exceptional no-frills rock record that was filled with a mixture of ’70s influenced hard rock and ’80s hair metal. That combination doesn’t make Long Live Rock N’ Roll the most original album you’ll ever hear, but like The Last Vegas last year it results in perfection.” 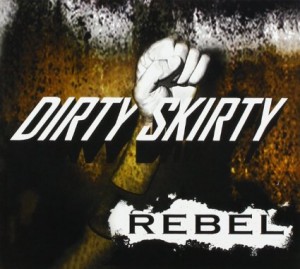 Sleaze Roxx also reviewed Dirty Skirty‘s sophomore album Rebel and stated: “While Long Live Rock N’ Roll was an unrelenting rock album front beginning to end, Rebel finds the band pushing their boundaries and expanding their sound. Of course you have Buckcherry inspired rockers like “Take It Or Leave It”, the viciously delicious “Devil Dancer”, the straight-forward “Dr. Dirty”, the driving “You Got It & I Want It”, and a surprising version of AC/DC‘s “Girls Got Rhythm” — you either have to be insane or have big balls to cover one of the best songs ever put to tape, I’ll let you decide for yourself which category Dirty Skirty fits into.”

Rebel made the Sleaze Roxx Readers’ Top 20 Albums of 2014 landing at the #19 spot. Sleaze Roxx commented: “Dirty Skirty is an interesting example of a band that should not give up too soon. By the time that my predecessor Skid reviewed Dirty Skirty‘s debut record Long Live Rock N’ Roll in 2010, the band had already broken up. Nevertheless, Sleaze Roxx gave a favourable review to Dirty Skirty‘s debut album and before you knew it, sales started escalating, the band reformed and has been going strong ever since — or so the Sleaze Roxx legend goes. Whatever are the reasons that caused Dirty Skirty to reform, it is great to see Sleaze Roxx readers embrace the sleazy rockers from beautiful sunny Florida and show their support of the group’s sophomore effort Rebel — which admittedly is worthy of such support.”