UK rockers Dirty White Boyz have just released their debut video for their song “Hanging On A Heartache” from their upcoming debut album Down And Dirty, which will be released via Escape Music Ltd. on March 24, 2017. 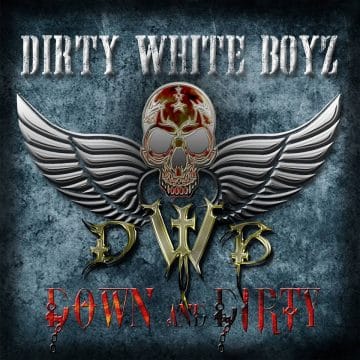 “Dirty White Boyz were formed in August 2016 when ex-melodic rockers, Kiss of the Gypsy frontman/guitarist, Tony Mitchell was about to release another solo album, instead, he was introduced to Neil Ogden, Paul Hume from 80s/90s/00s hard rock band Demon & Lawless, Nigel Bailey from classic rock bands as Bailey, 3 Lions & Lifeline & Jamie Crees from Lawless.

They have all come together to form an allegiance of AOR/classic/melodic rock & each lending their style & craft to the anthemic songs from their debut album.