Dizzy Fox release bonus track “The Only One” for streaming 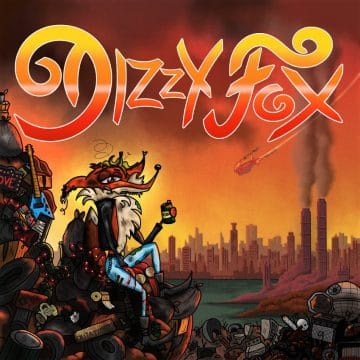 Swiss sleaze rockers Dizzy Fox consisting of Dario Flecklin (aka Darolicious) on vocals, Luke Stringwalker on lead guitar, Turfin’ Freddy on rhythm guitar, Raphael Stanley on bass and Criss Ironon drums have released a new bonus track titled “The Only One” for streaming.

Flecklin was interviewed by The New Wave of Hair Metal back in September 2017 and was asked what are the brands of the group’s music instruments and gears, to which the singer replied (with slight edits): “So, our lead guitarist Luke counts on his DBZ guitars and Hughes & Kettner amp. Freddy, our rhythm man, fulfills his duty with his Schecter and Peavey amp. Criss pounds his Itama drum and Paiste cymbals with Wincent sticks. Stanley takes care of the lows with his Fender Precision. I use my trustworthy Sm 58 for sure

In terms of touring, Flecklin stated: “I’m sure everyone in Dizzy Fox would love to tour across the world [laughs], but we really have to start local, a few dates are already a done thing within Switzerland. Once we’re in the game, Europe can surely count on us! Right now we’re writing the last few songs for our live set!”

Dizzy Fox‘s “The Only One” song:

Dizzy Fox – The Only One