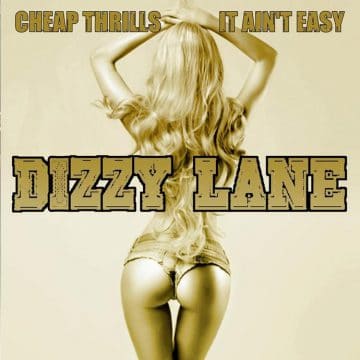 This disc is jammed packed with just about every song Dizzy Lane ever laid to tape and if you like your 80’s metal dripping with sleaze…then get ready to raise the roof right off the rafters as the boys deliver some outstanding radio ready anthems to keep you busy for days.

Light up the tracks ‘”Cheap Thrills”, “Shot Of Your Love” and “Fully Loaded” and let the good times roll! The boys also deliver with the stand out track “Alone” which reminds us a lot of Enuff Z’ Nuff in their heyday.

One thing we can say for certain is these guys can play!  The guitars shred, the bass rips and the drums crash down with reckless abandon all the while lead singer Scott Williams puts the peddle to the metal for one hell of a listening experience.

We highly recommend this sleazy classic if you want to relive the glory days…but don’t blame us if the cops come a knockin’ due to noise complaints as you’re going to want to crank this baby up as loud as it can go.