Former Kid Rocker and D’Molls drummer Billy McCarthy has released his memoir entitled Beat Me ‘Til I’m Famous, which is a book dedicated to the underdog / artist. 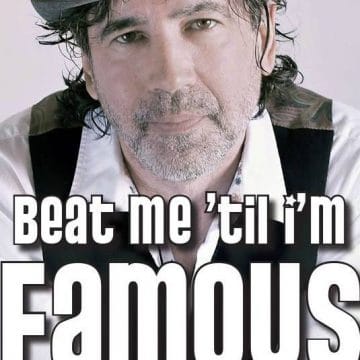 The “Story” for the Beat Me ‘Til I’m Famous book on its Facebook page states:

“A no-punches-pulled memoir that sucks you in like the Hollywood dream it describes—it won’t let you quit until you’re finished, or, rather, it’s finished with you.

It’s the artist’s curse: that nagging temptation to chuck it all and head to Hollywood, your big dreams your only baggage. In 1981, Billy hears the call. He ditches his South Side Chicago suburb and jets off to the Sunset Strip to become a rock star. He only has four years of drumming under his belt, he’s dead broke, and no one thinks he can hack it. Billy hits the road regardless, throwing naysayers the middle finger salute.

Billy drums for a group called Kid Rocker. They live a floor above some unknown band, Mötley Crüe. Kid Rocker is red hot but fizzles. Meanwhile, his former neighbors and a bandmate become MTV legends overnight as Billy watches from his couch back in Chicago. Billy forms another band—this one hits the Sunset Strip like a nine-pound sledgehammer. The crass, bold D’Molls perform in women’s lingerie. Within days, they play sold out shows at iconic venues. A few short weeks later, they land a deal with Atlantic Records. They drink liquor by the case, smoke cigarettes by the carton and do drugs like it’s the 80s—because it is. Reviewers laud them as the next band that has that thing—that indescribable thing that makes a band just … rock.

But ego hits the band. Fights break out. Blood is shed. D’Molls are a mess in a dress.

Billy goes from bandleader and drummer in a Hollywood rock group slated for greatness into a prescription of drugs, booze, and beautiful women. But before long, he’s back in the game—only this time, on his terms.

Beat Me ‘Til I’m Famous is a raw, no-filter picture of the Hollywood rock scene at the height of its heyday—and what awaits an artist after fame fades, all the fans go home, and you can’t shake that nagging voice that asks: But what will you create next?

For anyone with an ounce of artistic creativity in his or her blood, Beat Me ‘Til I’m Famous is must read. Want to know more about the man who jumped into the fires of fame and basked in the heat until it burned too hot to stand—only to push through the pain and demand yet another round?

Settle in and get ready for one hell of a story.”