Documentary ‘Blood, Fret And Tears’ on guitar heroes to be released on November 11th 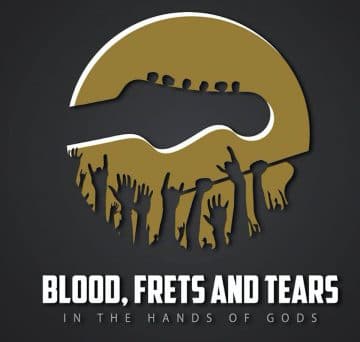 “Blood, Frets and Tears” is the revealing and insightful exploration of history’s great and gifted guitar players: the legends we call our Guitar Heroes.

Wood, wire and simple electronics. The mind is blown in trying to imagine how these inanimate objects given life in the hands of humble luthiers could result in such a range of divergent musical styles—rock, blues, jazz, country, R&B, soul, bluegrass, classical and more—and create such profound emotions in the listener. From the unsung swing of Charlie Christian‘s bebop guitar and the transcendent psychedelic rock of Jimi Hendrix, to the majestic fire of Eddie Van Halen, the electric guitar has been a transformative presence in our lives—not only musically but culturally—since its birth over 85 years ago.

The world was first brought to its collective knees through the innovations and inventiveness of four extraordinarily gifted Guitar Gods who emerged during the 1960s: Jimi Hendrix, Eric Clapton, Jeff Beck and Jimmy Page. True masters, this quartet revolutionized the sound and style of the electric guitar. Then in the late ‘70s, another God-in-waiting emerged, a European immigrant who would create his own six-string vocabulary. What Eddie Van Halen wrought on “Eruption,” a track from the group’s eponymous debut album, was a style that would come to be known as tapping. This unorthodox approach to guitar playing coupled with his spectacular fretboard wizardry and mindblowing musicality and imagination, ushered in a new generation of players all consumed by the pursuit of mastering this new tapping phenomenon.

Paul Gilbert, Yngwie Malmsteen, George Lynch, and other forward-thinking fret warriors cracked the code and added personal twists, deviations and left turns in writing a lexicon all their own. These whammy bar wonders were out in front in leading the charge of a sonic assault that was eventually heard ‘round the world.

Blood, Frets and Tears, directed by Andrew Klein [Randy Rhoads: The Quiet Riot Years (2012) and Tuff Luck (2015)] not only uncovers the musical contributions of these gifted individuals but chronicles their journeys toward greatness.

Blessed with extraordinary gifts and driven in a singular fashion that is difficult to imagine, these electric troubadours sacrificed all they had in hopes of finding their own voices. Now these plugged-in pioneers tell their tales in a series of candid and historic interviews. The film brings together compelling conversations with legendary guitar builders, renowned music journalists, photographers and influential record executives who closely examine both the birth and aftershock of an unprecedented musical movement.

Join us for a momentous and joyous musical trip in the most definitive celluloid document ever filmed on the sound and soul of the electric guitar; “Blood, Frets and Tears.”

“Blood, Frets and Tears” is the revealing and insightful exploration of history’s great and gifted guitar players: the legends we call our Guitar Heroes.Wood…