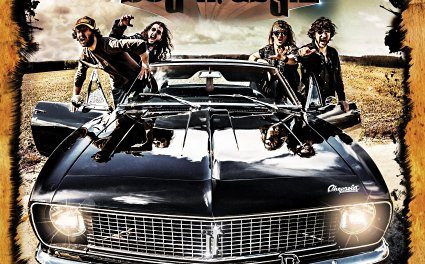 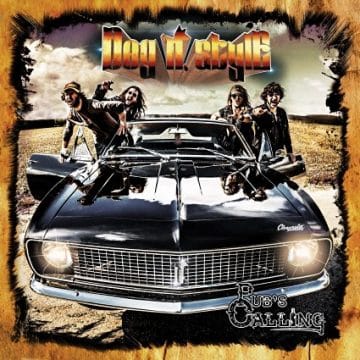 describes the French rockers as follows (with slight edits):

“Dog’n’Style is a hybrid, made with a powerful rock and stoner aspects. Colored by severals influences, Dog’N’Style develops a catchy Rock’n’Roll built for playing on stage. An energic and heavy music, always driven by mélodic aspects. In three years, Dog’n’Style has given more than hundred gigs across France and foreign countries. The various tours have taken Dog’n’Style in Russia, in Spain and also in Luxemburg. Dog’n’Style has played with bands like No One Is Innocent, The Casualties, Tagada Jones, Ultra Vomit or Burning Heads. Dog’n’Style has released a first eponym EP in january 2015. The collaboration with Clément Decrock (Boss Hog Studio) and Guillaume Bideau (Mnemic / One Way Mirror) for the vocals production, has given a disc welcomed by the public and the critics.

During the year 2015, Dog’n’Style has given 60 gigs in a few months to defend it’s first EP. The band returned in Boss Hog Studio in april 2016, to record it’s first full album called « Pub’s Calling ». This new disc, more mature, will be released on September 9th 2016. Then, the band will be back on the european roads to defend that new release.”