Dokken‘s long-time drummer “Wild” Mick Brown is apparently taking a break. Brown was supposed to be part of Dokken‘s 3/4 classic line-up reunion (along with singer Don Dokken and guitarist George Lynch) for the M3 Rock Festival that was held at the Merriweather Post Pavilion in Columbia, Maryland, USA last weekend (from May 3 to 5, 2019). However, the 62 year old drummer was surprisingly not in the line-up after Lynch bowed out due to his issues with pneumonia. 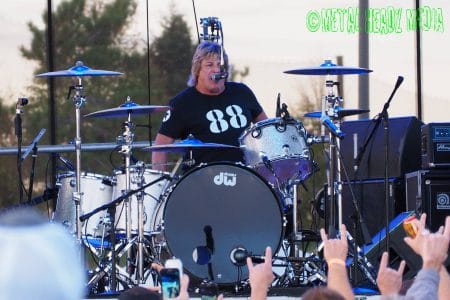 House of Lords drummer BJ Zampa ended up taking Brown‘s spot behind the drums for Dokken‘s performance at the M3 Rock Festival.

Brown posted the following message on Facebook less than an hour ago:

“Mick is taking a break and will handpick shows from different opportunities in the future. ✌?”

The drummer then subsequently edited his Facebook message to read:

“Mick is taking a break and stay tuned for future shows.✌?”

Wikipedia states the following about Brown‘s career with Dokken (with slight edits):

“Mick Brown joined Dokken in 1981. He replaced Gary Holland, who left Dokken to join Dante Fox and later Great White. Before that, Brown played drums in The Boyz (1975-1977) and then in Xciter (1977-1981). Both bands also featured future Dokken bandmate George Lynch. He sang vocals on the track “Tooth and Nail” on Dokken‘s live acoustic album, released in 1995, entitled One Live Night. Apart from Don Dokken, Brown is the only person to appear on every Dokken album. Brown is credited on Broken Bones, but Jimmy Degrasso played on the record, not Brown.”

Brown teamed up with Lynch, bassist Jeff Pilson and singer Robert Mason to form the new group The End Machine who released their debut self-titled album two months ago. 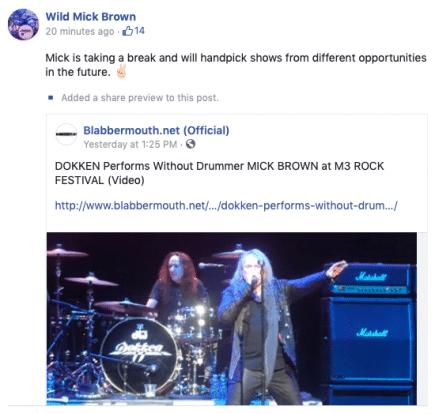 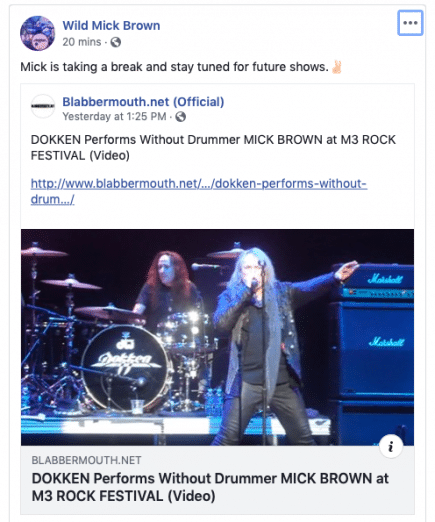