Levin was asked whether he will ever do a solo album to which he replied: 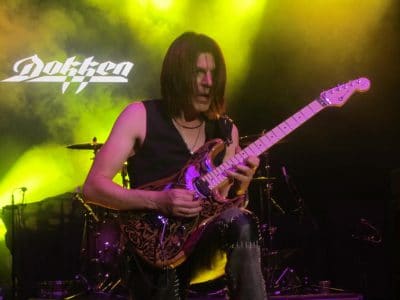 “I feel like the solo artistic stuff that I’m doing is expressed really well on the Jon Levin Guitars website and that’s what it really meant for me like a lot of those advanced riffs. I feel like I just get to play any riffs I want on that and it exposes a whole other side of what I do. Maybe at some point I’ll do a solo record. I don’t know that I can bring anything to the table, something that hasn’t already been done with a guitar solo record. Frankly a lot of them I feel don’t really have much to offer and get boring quickly when you don’t have singing on them. But if I find out a way I can do it in a new and creative way, maybe at some point I would attempt it. If it’s not even a whole record, maybe I’ll just do a track or two and see how it goes.”

In terms of his work as an attorney in entertainment law, Levin indicated: “I’m still an attorney. I practice entertainment law and family law. I do a lot of divorce because I find a lot of my musician friends and clients end up getting divorced. As far as the world of entertainment law, the music industry is a lot different than it was years ago. Twenty years ago, there were a lot of record deals and publishing deals which was really the lifeblood of that profession. Now things are different. There is still work in it, but if you’re a new attorney and you want to just practice entertainment law, I think you’re going to have to be more well-versed in just limiting yourself to music. Probably need to learn film and television and do everything but that’s pretty much it! Thanks so much for having me on this and I really appreciate it. Rock on!”