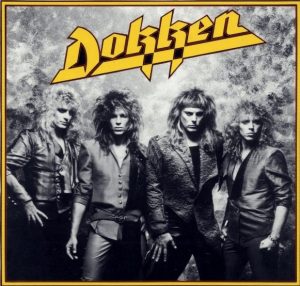 Dokken drummer Mick Brown was interviewed on the podcast One On One With Mitch Lafon about a week ago where he seemed to state that the classic Dokken line-up of Brown, singer Don Dokken, guitarist George Lynch and bassist Jeff Pilson would be reuniting for six shows in Japan in the fall of 2016. Mitch Lafon sent a Facebook message stating that a reunion was taking place. Some people questioned whether the reunion had indeed been confirmed since there was no official word yet from the Dokken camp.

Lafon has just posted the following message on his Facebook account less than 25 minutes ago confirming the Japan tour by the classic Dokken line-up in the fall of 2016:

“Was sent this note….
<<ドッケン復活! The Dokken Reunion Tour in Japan was mentioned by Mick Brown on Mitch Lafon’s Podcast “One On One With Mitch Lafon”. I immediately emailed George Lynch and within 20 min he responded “YUP”. Mick confirmed. George confirmed. It’s a GO! Fall of 2016 Dokken Reunion Tour in Japan followed by a Live DVD/Blue-Ray release. 締めには地元の友達。DEATH ANGELで。ドランカー度 4.2>>”