Dokken, Warrant, Helix, Diemonds & more added to ‘Hair In The Fair Festival’ in Canada in July 2019

The inaugural Hair In The Fair Festival that will be held at the Niagara Regional Exhibition in Welland, Ontario, Canada from July 11 to 13, 2019 continues to add additional bands to its roster that already includes headliners Ratt, Sebastian Bach 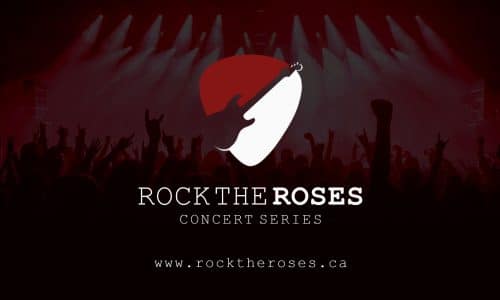 and Vince Neil. Dokken and Warrant along with Canadian artists Helix, Killer Dwarfs, Diemonds and Moxy are among the bands that have been added since Sleaze Roxx‘s last update back on January 11, 2019.

Tickets are available at the Rock The Roses website.

Dokken need no introduction having released 11 studio albums between 1981 and 2012, and making headlines back in 2016 when the classic line-up of lead vocalist Don Dokken, guitarist George Lynch, bassist Jeff Pilson and drummer “Wild” 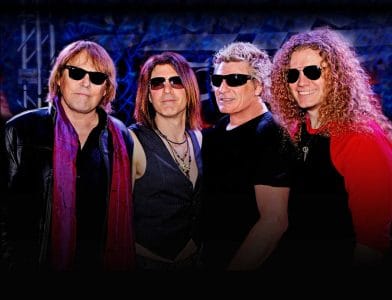 Mick Brown reuniting for a number of shows. This resulted in the release of one new song “It’s Another Day and the CD/DVD Return To The East Live (2016) in 2018. Dokken‘s current line-up is Don Dokken on lead vocals, Jon Leven on guitar, Chris McCarvill on bass and “Wild” Mick Brown on drums. Sleaze Roxx stated as follows in its review of Dokken‘s set at the M3 Rock Festival back in May 2015: “Overall, I was really happy to have seen Dokken play on this night as the only time that I had previously seen the band play live dates back to 2002. While there have been divergent views on the quality of Don Dokken‘s voice during his band’s M3 performance, for me, Dokken were the band that caught me the most by surprise in terms of putting on an excellent set and I count their performance as one of my favorites of the M3 Rock Festival 2015 event.”

Warrant released a new studio album Louder Harder Faster back in 2017, which finished at #3 on the Sleaze Roxx Readers’ Top 20 Albums of 2017. Sleaze Roxx stated as follows with respect to that latter finish: “Jani Lane‘s shadow continues to

follow Warrant everywhere they go even though it’s been more than ten years since he’s been in the band and six and a half years since he sadly passed away. Warrant‘s future musical outputs will likely always be compared to their classic line-up era albums with Lane. That’s not surprising given that although four of the classic line-up era members are still in the band, Lane was the chief songwriter during his time in the band. The likely reason why Warrant have been able to survive, continue and even strive during their last 10 years without Lane is that their replacement lead vocalist happens to be none other than Robert Mason (Lynch Mob, Cry Of Love, Big Cock) who possesses a simply incredible voice. Warrant continue to reinvent themselves in their post-Lane life and in 2017, they have come up with a very solid effort in Louder Harder Faster, which clearly resonated with Sleaze Roxx readers given that the album was only five first place votes from tying for second on this year’s readers’ poll. The band’s #3 finish in 2017 is also a big improvement over its #9 finish in 2011 with Rockaholic.”

The Hair In The Fair Festival definitely has a real Canadian feel to it with many Canadian bands including veteran heavy metal rockers Helix who have released 13 studio albums and are putting the finishing touches on their 14th studio album Old School. Sleaze Roxx stated the following in its review of Helix‘s concert at the Rose Theatre Brampton in Brampton, Ontario, Canada back in October 2017: “Once again, Helix showed that they have a rich history of great songs as they obviously played many songs from their likely highest selling albums — No Rest For The Wicked (1983), Walkin’ The Razor’s Edge (1984) and Long Way To Heaven(1985) — but also threw in a new song (“The Devil Is Having A Party Tonight”) and another fairly new one  — “Even Jesus (Wasn’t Loved In His Hometown)” from the 2014 album Bastard Of The Blues).”

Helix‘s “The Devil Is Having A Party Tonight” song:

Another veteran Canadian hard rock band is the Killer Dwarfs who have released six studio albums between 1983 and 2013,

and who released their second live album titled Live No Guff! in 2018. Sleaze Roxx stated the following in its review of the band’s latest live album: “Live No Guff! is an excellent follow up to Reunion Of Scribes: Live 20o1. To start things off, the album has a great feel to it even though it was recorded at four different shows throughout Canada including the rather remote city of Whitehorse up north in the Yukon territory. I really like the overall sound and mix of the album. Graham sounds really good throwing in a few screams and sometimes diverging from the usual way that he delivers the lyrics, which again gives it a cool live feel. Gerry “Dwarf’ Finn‘s guitar playing sounds crisp and the rhythm section from long-time drummer Darrell “Dwarf” Millar and bassist Johnny “Dwarf” Fenton sounds tight. Songs like “Hard Luck Town” and “Driftin’ Back” seem to have a little extra step to them on Live No Guff!.”

Diemonds have received ample coverage on Sleaze Roxx over the last few years. The group was founded by frontwoman Priya Panda and has released four albums to date consisting of the EP In The Rough (2008), The Bad Pack (2011), Never Wanna Die (2015) and Diemonds (2018). Diemonds have only played one show since October 2017. It was at the Monsters of Rock Cruise Pre-Party #2 in Miami, Florida, USA in late February 2019 during which Killer Dwarfs guitarist Gerry Finn filled in for long-time Diemonds guitarist C.C. Diemond. Diemonds‘ self-titled album finished at #5 on Sleaze Roxx’s Top Ten Albums of 2018 to which Sleaze Roxx stated:

“Diemonds‘ fourth studio album dropped with little fanfare and almost out of the blue this summer, and as usual, the Canadian sleaze rockers changed their sound quite a bit. So much so that I have read the gamut with respect to this release from people thinking that it’s the album of the year to people being angry with the definitely poppier sounds on certain tracks. It’s amazing that Diemonds even released a record this year given that there was a lot of infighting between band members and I have no idea who is in the band at this time beside frontwoman Priya Panda. There’s no doubt in my mind that Diemonds could have challenged for the top album of the year if there had been more of the faster tracks such as “Breathe” and “Warrior.” However, that is not the case as sandwiched between those two tracks are a wide array of songs covering many styles from the more modern “Our Song” to the ballad “Miss You” to what could almost be categorized as pop rock with “Waiting For Something.”

The three constant on Diemonds are Panda‘s beautiful singing (she has never sounded so good on an album before), the heavier guitars that save the album from getting labelled “melodic rock” and the killer melodies time and time again. The melodies are so good that this is the only album out of the top ten that I can play at least half the songs to my top 40 / hip hop loving daughters without any complaints. Hell, I even got a request from one of my daughters for the song “I See Red” on Boxing Day. Will this be last album for Diemonds? It would be a real shame and I certainly hope not after three stellar releases in a row (2011’s The Bad Pack, 2015’s Never Wanna Die and this year’s Diemonds).”

Moxy date back to 1974 and have released five studio albums with the last one Moxy V dating back to 2000. Back in 2015, Moxy released two albums — Live In Toronto and 40 Years And Still Riding High — with former Silk Toxik and current Famous 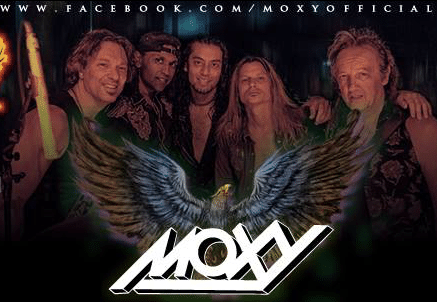 Underground singer Nick Walsh handling the lead vocals. Sleaze Roxx stated the following in its review of Live In Toronto: “Moxy have a long and storied history and at this point, there is only one original band member left — guitarist Earl Johnson. Listening to Moxy‘s Live In Toronto, which was recorded back on September 7, 2013 in — you guessed it — Toronto, Canada, makes you appreciate how good that Johnson is as a guitarist, especially when he lets it rip during a guitar solo such as a song like “Out Of The Darkness.” Live In Toronto is especially intriguing since this was apparently Walsh‘s first ever gig with Moxy and he had just two weeks to learn all the songs! It certainly does not sound like Walsh just learned the songs because he puts on an impressive vocal performance and has to be considered one of the great singers of his era. Anyone who enjoys classic hard rock from the ’70s is likely going to enjoy Moxy’s Live In Toronto. The songs on this live album have held up very well over time. There is definitely this classic ’70s feel to the songs but coupled with Walsh‘s younger sounding voice, the songs sound really fresh.”

MOXY “Ridin’ High” from the LIVE IN TORONTO 2015 album