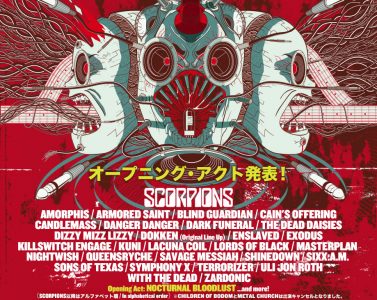 Dokken‘s classic line-up consisting of singer Don Dokken, guitarist George Lynch, bassist Jeff Pilson and drummer “Wild” Mick Brown are confirmed to play at the Loud Park 16 festival which is to be held at the Saitama Super Arena in Chūō-ku, Saitama City, Saitama, Japan on October 8 and 9, 2016.

Ticket information can be obtained at Loud Park’s website.

Japan’s Loud Park 16 has outlined a number of basic rules that are in place including some which might not be found in other countries such as “Due to the Japanese law, attendees under 18 must return to home/accommodation by 11pm.”