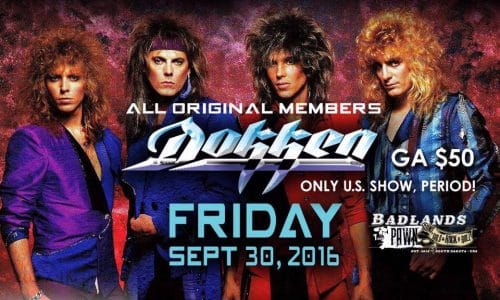 The show in question does not come as a surprise since Dokken‘s frontman and leader Don Dokken had indicated in an interview with The Classic Metal Show on June 25, 2016 that the group was going to play one show in that area before heading to Japan.

Dokken‘s classic line-up reunion is extra special since Pilson and Lynch have collaborated on a new Dokken song together to which Don Dokken is supposed to contribute lyrics to.