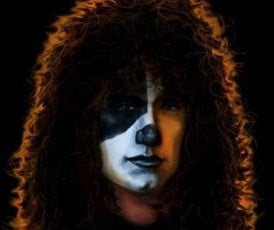 Don Dokken and Accept’s Mark Tornillo are the latest artists to sign up for the KISS tribute album ‘A World With Heroes’. Dokken will be covering the ’70s KISS classic “Cold Gin” while Tornillo will venture into KISS’ heavier ’90s sound with his cover of “Spit” from the ‘Revenge’ album.

Rock journalist Mitch Lafon is assembling some of the greatest rock musicians for an ‘A World With Heroes’. The album marks the 40th anniversary of KISS and pledges made through www.pledgemusic.com/projects/kiss40thtribute will be used to make this amazing tribute come to life and to benefit The Vaudreuil-Soulanges Palliative Cancer Care hospice (Lafon’s father-in-law passed away there peacefully on January 4th, 2013).

To hear some great music, and to support an even better cause, pledge now at www.pledgemusic.com/projects/kiss40thtribute.