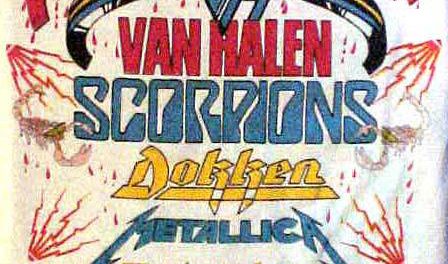 Dokken frontman Don Dokken was recently interviewed by Eamon O’Neill for UK’s eonmusic to promote his band’s latest album The Lost Songs: 1978-1981, which will be released via Silver Lining Music on August 28, 2020. 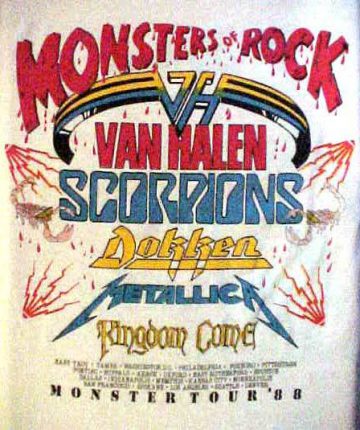 Back in 1988, one of the biggest tours ever was put together. The Monsters of Rock Tour in 1988 featured rock n’ roll heavyweights Van Halen, Scorpions, Dokken, Metallica and Kingdom Come.

In terms of what it was like to be part of that tour, Don Dokken indicated: “Well, I would say it was the pinnacle of rock and roll in ’88 / ’89. It was the biggest tour ever put together up to that point. We were doing 100,000 people a day; that’s a lot of people! And it was five of the biggest bands in the world. So, it was exciting that I’d come from playing clubs on the Reeperbahn, and here I am in stadiums. It was pretty scary, and the only thing I didn’t like about that tour was that Metallica went on before us, and they kicked our ass every day [laughing]! They did; I can be honest about that. Playing after Metallica was a very, very hard thing to do. They were heavier, and even though we’d had more hits and we were on MTV and people saw us as being more famous at the time than Metallica, they kicked our butts.”

In regard to whether that was the right time for the classic Dokken line-up of Don Dokken (lead vocals), George Lynch (guitar), Jeff Pilson (bass) and “Wild” Mick Brown (drums) to split up, the singer opined:

“No. I think if we had made one more record after the stadium tour, we could have gone out and did a world tour headlining, because by then we were famous enough to go out and play headlining. So, we should have done one more record and at least gone out and done a full world tour, and that would have been a good way to go out. And that was the plan. The plan was another record, a tour, headline, do the whole world for a year and a half, but, as you know, there was just too much in-fighting in the band. There was too much arguing, too much arguing, and I just didn’t have the stomach for it. I was just so tired of seven years of fighting for every record, and fighting for every song, and arguing about what songs to do.”

You can read the rest of the interview with Don Dokken by Eamon O’Neill at eonmusic‘s website.

Snippets of Dokken performing “Standing In The Shadows” and “It’s Not Love” during 1988 Monsters of Rock Tour: