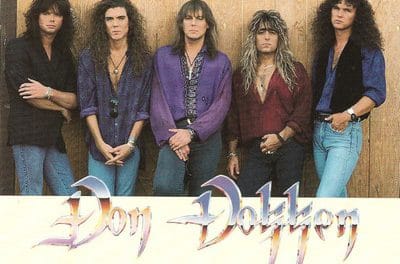 Dokken frontman Don Dokken was recently interviewed by long-time Sleaze Roxx contributor Ruben Mosqueda for Metaltitans. The singer spoke about his well received debut solo album Up From The Ashes. 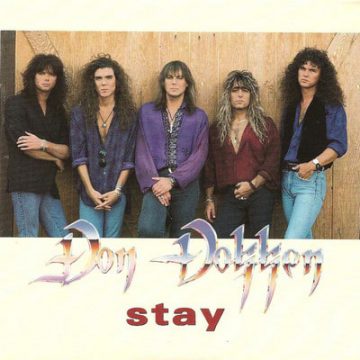 In terms of his take on the record 30 years later, Don Dokken indicated (with slight edits): “That came out in 1991 [actually in 1990]. It’s one of the best records that I have ever been a part of. I had such a fucking amazing band Peter Baltes from Accept, John Norum [Europe], Billy White [Watch Tower] and Mikkey Dee [King Diamond]. That was another album that took a long time to make, because I wanted to make an amazing record. It took us about nine months to make that one. It didn’t sell anywhere near what it should have. That was going to be the next Dokken album, then I lost my name! [laughs] The band sued me and I couldn’t even use my own name! So I could call it ‘Don Dokken’ but I couldn’t call it ‘Dokken?’ Give me a break, that’s my name. [laughs]”

With respect to what derailed that band, Don Dokken opined: “I can tell exactly what derailed that band. We were on Geffen [Records] we were starting the second record and Guns N’ Roses and Nirvana had hit records around the same time as ‘Up From The Ashes,’ on Geffen. Who would have known that Nirvana would go on to change the whole planet! All of a sudden, melodic hard rock with blazing solos and melodic vocals like I was doing in Dokken and stuff like bands like [what] Def Leppard were doing wasn’t cool anymore. It was all about a ‘stripped down’ sound  and ‘bare bones’ and people picked up on that. Before Nirvana, Guns N’ Roses came out with a record that was this reckless abandon of a rock album that just blew up. Geffen was pushing my album pretty well, then they just pulled the plug on promotion for ‘Up From The Ashes.’

The label elected to concentrate on Nirvana and Guns N’ Roses. What could I do? I started writing the next Don Dokken record for Geffen and right in the middle of writing it, David Geffen sold the company. When that happened, I didn’t want to be on Geffen anymore. He sold the company to MCA! I was like, “Oh shit!” There was always this joke amongst the industry, “If you can’t get a record deal you can always go to MCA!” They used to call them ‘Musician’s Cemetery of America!’ They made their money off the Perry Como catalog and stuff from the ’50s and ’60s. That’s how they were rollin.’ Then legendary A&R guy John Kalodner was leaving Geffen, so I wasn’t going to MCA. Screw that! Kalodner and Tom Zutaut were leaving, so I left! I waited until John Kalodner became the president of Columbia [Records] and we were the first band that he signed. That’s how ‘Dysfunctional’ was recorded, it was supposed to be a ‘solo’ record. George came back to the band, literally about a week before the record was done. He threw in a couple of solos on that, he didn’t have much to do with the writing for it. That’s what happened with ‘Up From The Ashes.’”