Dokken frontman Don Dokken was recently interviewed by Marcelo Vieira for Marcelo Vieira Music. The singer was asked why Dokken ended up not coming to perform in Brazil back in 2006 to which he replied: 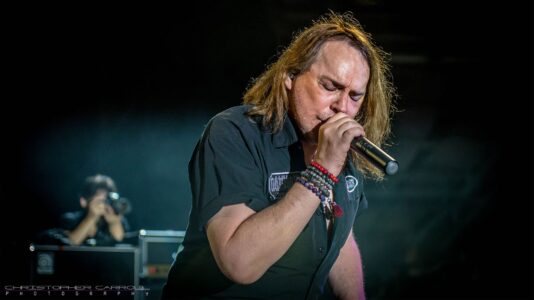 “Here’s why: you don’t get on a plane to a country you’ve never been to without a guarantee. You don’t spend $20,000 on air tickets and mobilize your musicians and staff without knowing whether the local promoter will fulfill his part of the contract. We went through a similar situation in Mexico three years ago. We did not receive our advance, a storm fell on the day of the show, and mud took over the place. Fucking disaster. Slayer was the headliner. We played for about 30 thousand people and waited, exhausted, for four hours until we were informed that the promoter had left with all the income. The situation only started to be resolved when Tom Araya threatened to take the stage and open the situation to the fans. It would have been a riot; they would have to call the police. They ended up being paid in $5 and $10 bills, which the organization probably collected from cashier stands and merchandising stands, and played the show. Anyway, I played in Mexico twice and both times, I left without a penny. I decided that I would never play there again. Fuck it.”