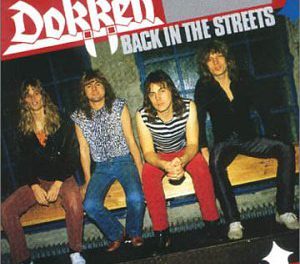 In terms of what prompted that release, Don Dokken indicated (with slight edits): “Well, many things. I mean, I was cleaning my garage after 15 years. I was cleaning my garage because I was moving some things out to make room for an old car I bought. I bought an old Stingray Corvette and it didn’t fit, so I started packing things and moving it. And lo and behold, I found some old tapes from way back in the day, from the ’70s, that were lost, and I just thought they were lost forever. So I found them in a box and went to a studio and put them up to see what was on them, and here was all these songs that I wrote before Breaking The Chains, before George [Lynch], Jeff [Pilson] and Mick [Brown], when I was in my twenties.

I used to go into studios, and I used to sneak into studios. They’d let me record for free late at night. So, I had all those demos and I decided to finish them. Some were finished, some weren’t. So John Levin put some guitars on them and my drummer redid the drums because some of the songs had a drum machine that sounded terrible. Then because of the COVID thing and we’re not on tour this summer, our whole tour’s cancelled, and honestly, I was bored. So, I figured, “Why not put this out while we’re working on the new studio album?” 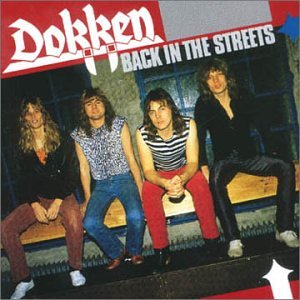 With respect to some of the tracks such as the live ones having already been released in the past, Don Dokken stated: “Yeah. They were on a bootleg album called Back In The Streets. That was stolen recordings from some son of a bitch in Germany. That came out years ago and he had stolen a lot of my demos. So, nothing I could do. I can’t do anything about it. I live in America. German label, what are you going to do? Take him to court. Sue him. He made a lot of money. The guy made about a million bucks on that album. So, I was talking with my guitar player and he said, “This guy stole your songs and never paid you your publishing or money, but you own those songs. Why don’t you take them and finish up the rest of the songs you found and come up with 11 songs and just put out your own record?” So, I did. That’s how we decided to do it.”

Dokken‘s “Step Into The Light” video: