One of the biggest reunion news aside from Guns N’ Roses‘ singer Axl Rose, guitarist Slash and bassist Duff McKagan reuniting has been Dokken‘s classic line-up consisting of singer Don Dokken, guitarist George Lynch, bassist Jeff Pilson and drummer “Wild” Mick Brown to play six shows in Japan in October 2016 as well as one show beforehand in the United States of America on September 30, 2016. 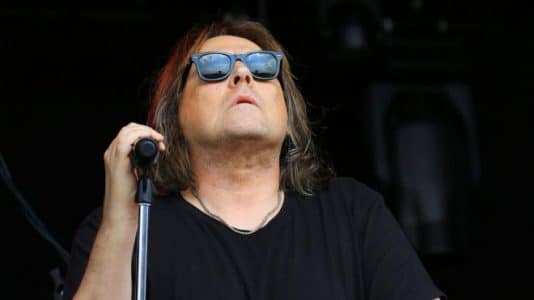 One big question is whether the newly reformed Dokken line-up will continue past the seven announced shows. Don Dokken had previously advised that the Dokken reunion was taking place for the money and would only be for those limited shows. Don Dokken was interviewed by the one and only Eddie Trunk on August 8, 2016 and confirmed what he previously stated.

With respect to whether the Dokken classic line-up reunion was about the money, Don Dokken candidly responded: “Yeah. I could of… I mean, you know. I mean I’m looking forward to playing with George [and] Jeff. Of course, Mick‘s still in Dokken like in the line-up but you know, I mean… The Japanese staff were like “Oh. Please don’t say that. Tell the truth.” I said, “Nah. Here’s the truth. It’s not glorious but you know, when someone sticks an x amount of dollars with a lot of zeros attached. I mean what are you going to say? “No. I’m busy.” I mean, c’mon man!”

Don Dokken went on to state: “Do you think that David Lee Roth went back to play with Van Halen because he just felt like it? I mean, it’s about the money. They made it. What about Guns N’ Roses? Do you think they’re doing it because they’re all madly in love with each other? I don’t think so.”

Trunk asked Don Dokken if there was any hope for more shows after the one show in the States and the six concerts in Japan, to which the lead singer replied: “No. I’m really content playing with [guitarist] Jon Levin. He’s been in the band for years. Mick [Brown] is in the band. Got Chris McCarvill on board now of House Of Lords on bass. I am just really happy with that line-up. You know, George‘s got Lynch Mob. Jeff‘s got Foreigner. You know, so how? This is it. It’s just a window in time… We were probably maybe more famous in Japan than we were in America so at one point. It was pretty crazy. The fans and the — it was just intense. So we thought we’d put an exclamation point on what we did and we’ll play out… It’s just those six shows and then it’s business as usual. George will be doing his Lynch Mob and then I am back on the road.”