Dokken frontman Don Dokken‘s self-released solo album Solitary from back in 2008 is getting reissued via Cleopatra Records on January 31, 2020. The reissued record can be purchased directly from Cleopatra Records‘ website. 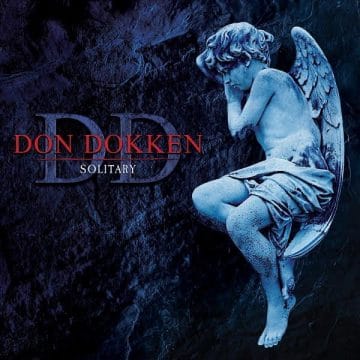 The following message was posted in part on Dokken‘s Facebook page earlier today:

“Did you hear? DON’s solo album SOLITARY will be reissued on January 31 via Deadline Music, a division of Cleopatra Records, Inc. The new version of the disc will contain three bonus tracks, including a cover version of Celine Dion‘s “My Heart Will Go On”, which was the theme to the most romantic scene in the movie “Titanic”.”

Sleaze Roxx stated the following in its review of Solitary: “I was initially going to call the music on Don Dokken‘s latest solo offering ‘elevator music’, but even elevator music can have more pep, energy and speed than what Solitary offers. A better description would be ‘massage parlor music’, because if you take Don Dokken‘s vocals out of the mix the remaining musical arrangements sound like some of the dull listless music that you can sometimes hear at a massage parlor. If you take out the music and only keep Dokken‘s vocals, it sounds like he is singing lullabies to a baby.

For fans of the ’80s hard rock era, hoping that Don Dokken takes them back on a nostalgia journey, this is very, very far removed from that. Quite simply, the songs on Solitary should have never seen the light of day or simply been kept in ‘solitary confinement’.”