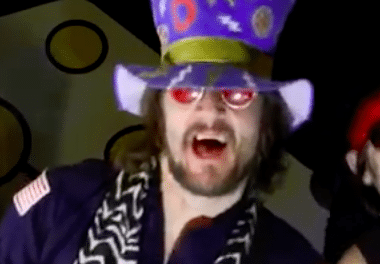 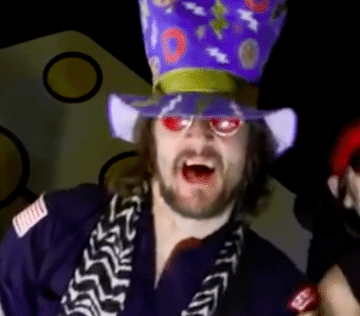 Former Enuff Z’Nuff singer Donnie Vie has apparently recently released a video under the name Enuff Z’Nuff for an unreleased song called “Rat On A Phone.”

The video is apparently directed by Rodent Pulanski for Grizzly Grayola Records, which apparently has a YouTube page.

Enuff Z’Nuff have just released a new album Clowns Lounge via Frontiers Music Srl on December 2, 2016 with bassist Chip Z’Nuff handling the lead vocals for the first time. The group just released a video for its song “Dog On A Bone.”

Chip Z’Nuff was interviewed by Love Is Pop back on October 20, 2016 and stated the following about Vie: “Donnie Vie’s never been out of Enuff Z’Nuff. He left for a while in 2013, which is sad. I never envisioned an ending for my brother and I. I love him dearly. I think – in my opinion and in other rock star’s opinion as well – he’s one of the greatest singers of our generation… Not only a great singer but a wonderful writer and a fantastic musician. The guy can play any instrument there is. But basically in 2013 in Sesame Street terms he got disillusioned by the business. And he had some health issues and he’s been battling them ever since – please say a prayer for him. He’s been playing. I know he’s doing a solo record. He’s been coming up with ideas and he’s got wonderful songs. He does not need me when it comes to songs. He’s a great songwriter. However, together, we’re a pretty powerful team without sounding modest. He’s come up with some good stuff and hopefully we’ll hear another record out of him but right now I’m at the helm.”

You can read the rest of the interview with Chip Z’Nuff at Love Is Pop.

Music News and Satire (Fan Made)

Subscribe To Be Alerted When We Add New Videos – http://radi.al/SubscribeFrontiersFrom the album CLOWNS LOUNGE. Get your copy NOW: http://radi.al/ClownsLoung…