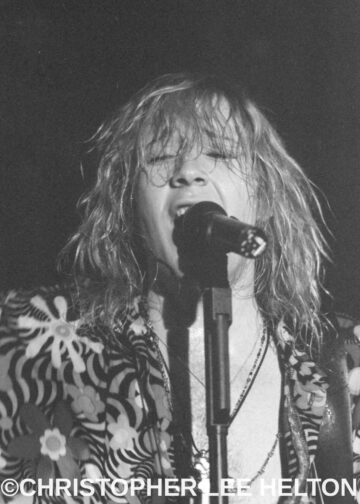 Over the last few years, former Enuff Z’Nuff frontman Donnie Vie has publicly criticized his former bandmate Chip Z’Nuff who is now the frontman in the band.

Vie has complained about Z’Nuff trademarking the band name Enuff Z’Nuff behind his back. However, Vie has also suggested that he might be rejoining Enuff Z’Nuff in the future.

Vie‘s plan to rejoin Enuff Z’Nuff with Z’Nuff in the line-up appears to have changed as the following message was posted on his Facebook page earlier today:

“Ive found the thing i was looking for to get me out there. Your gonna see a lot of me in the next few months. Not only my new single/ video, new flash drive with over 300 songs ive created over 30 years, but I now possess the name Enuff znuff, and im gonna restore what you loved about it as well this year with a new single and tour with an all-star lineup. I tried to work it out with my old partner, but he shut me down, so ill do it without and wont disappoint you. Gonna be announcing pre sales for flash drive within 2 weeks and inspire a lot of incentive for those who do. Need the funding to better serve you. Maybe you could remind me why I give so much of myself for this and you.”