It appears that the recent venom spewed by Donnie Vie towards his former Enuff Z’Nuff bandmate Chip Z’Nuff may be coming to an end. For the last six months or so, Vie has publicly criticized Chip Z’Nuff for trademarking the Enuff Z’Nuff name without letting him know and for taking credit for writing certain songs.

The following message was posted on one of Vie‘s Facebook page earlier today: 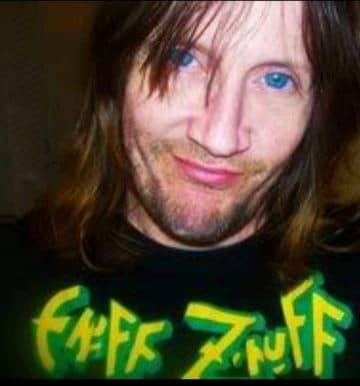 “So what started as principle spun out of control. Retaliatory shit would keep me going and then 20 years of suppression and misbeliefs just started pouring out. Probably didnt help to stop taking my bi polar meds, but i did get negative.

My die hard fans got very negative and its just turned vicious. I turned vicious. That is not what im all about. I dont hate my former bandmates, i just hate some things they did. In all actuality i love chip znuff. And i dont want him to suffer or not go make a living, just to be fair and use ethics, respect and brains not just publicly but privately and in business dealings involving the former band business.

He can have the band name because im past that point in my life and have no use for it. Ive got a new life and new OS and so much more music God has and is giving me. Im starting live performing again with brand new guys who are great and great guys.

The last show was catastrophic and i knew it was gonna be ,cause out of neccesity some ” not the right guys” had to be pulled in to not cancel. Though i thank them for trying. Anyways the hide my head in the sand vibe i felt this morning, im not going to do because i need to let ppl know whats going on and whats up n coming.

Im sure so will backlash, but ill do my best to ignore that and get back on all the work needed to finish and get this new release out by first show, may 23rd. Some great new songs coming at ya. Though i have about 25 new awsome songs, the practicallity of recording and releasing entirly new Cds is kind of impractical.

Dialing back the nagative and cranking up the positive is where its at now. I hope everyone in my corner follows and discontinue making fun of anyone. Good things came from the last months. New mngmt, pr opportunities, legal team, street team, and band came through it all.

But like i said i went too far and got ugly. And im old n ugly enough as it is ??without my heart getting ugly. Im all about the songs, singing them, creating them and positively affecting lives from entertainment to my personal experiences being able to help other who struggle n suffer the same things.”