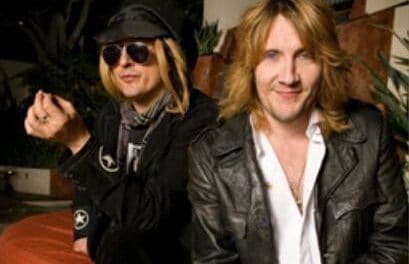 Former Enuff Z’Nuff frontman Donnie Vie was recently interviewed by Sleaze Roxx writer Tyson Briden on the latter’s podcast Non-Stop Rock Talk with Tyson Briden. Vie alluded to the fact that he had contacted Chip Z’ Nuff about an Enuff Z’ Nuff reunion only to be shot down.

Donnie Vie goes on to say (as transcribed by Non-Stop Rock Talk with Tyson Briden with slight edits):

“I mean, I even approached him at one point within the last few years about maybe doing a reunion show or two just for the fans’ sake and he wasn’t receptive. Before I play his own agenda, and I always wanted to be… wanted my job. And I feel that when you’re the greatest bass player in the history of power pop, that’s a great thing. And so now contribute what you can and focus on your strength. If you’re not showing your strength, you’re showing your weaknesses. That’s what I believe in doing now, and it really pisses me off because there’s things I won’t go into, but they’re so violating. It’s so uh, picture it that you you build [a] company. 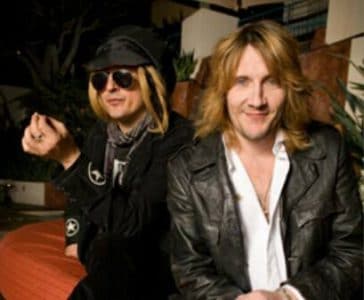 You started your whatever you do, you have an assistant or someone that helps you. And, uh, [they are] there with you and then you go and take a hiatus. Go to take a break — a break and get a breath and get your shit together — and you come back. Somebody has moved into your house. Fucking your wife. Your children are calling him ‘Dad.’ He’s using your identity, your driver’s license, your credit cards and everything, and you can’t even use them.

He’s legally trademarked the fucking name and stuff behind my back. And because this is fucking violating shit, he’s doing different little deals with my songs and and, uh, you know, cutting the vocals and singing himself on ‘Fly High Michelle’, putting them in B movies and other artists listening [to] other artists. So I’m go into Ascap and my sister’s like, ‘Well, who [the] fuck is this guy? I don’t know who that fucking is!’ You know, it shouldn’t be on [like] that. No, but there’s all this shit and it’s very violating, and he’s pretty much nailing the door shut of any opportunities of potentially doing something together.

I still hear it a lot from the fans, ‘I wish you guys would just make up get back together again.’ I’m like why? Why do you want my… What am I lacking now? That I had better that. I had that before. Was it heavy? Because you like the heavy shit? Well, I still got that. I wrote all of that. You know, you don’t know what the future holds, but what am I lacking? Why should you get back together with your ex-wife? ‘I thought you made a cute couple.’

You can listen to the interview with Donnie Vie by Tyson Briden for the Non-Stop Rock Talk with Tyson Briden on Buzz Sprout‘s website.