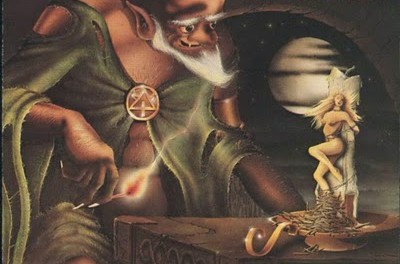 Metal queen Doro recently spoke to Michael of Neon Sunsets – The 80’s Channel about her time in Warlock. 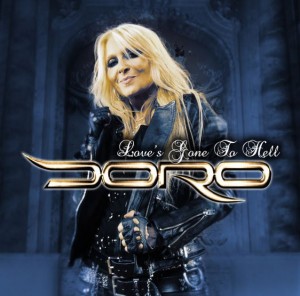 Michael: I remember some pictures that made me wonder, if they tried to push you in a more sexual direction. In the Monsters of Rock Tourbook from 1986, for example, you were just wearing a denim jacket with nothing underneath. Was something like that imposed on you?

Doro: In the ’80s, you had to be very careful. Especially as a new band, we sometimes had to say “Stop! This is unacceptable!” Many people tired to get us on a more sexual direction: photographers, the record label, the agency… But I told them, “I am what I am.” And I won’t impersonate something that I am not. A natural sex appeal is fine with me, but when it’s phoney, it takes away the attention from the music. And therefore you had to be careful. But I remember this photo session. It was in England. But the jacket was just a little open and while it’s aesthetic, it’s fine with me.

Michael: I have a real old Warlock Fan Club magazine — black and white and written in English, but produced in the Netherlands. It is mentioned that you were very unhappy with the ‘Burning The Witches’ cover artwork and that it was released without your permission. 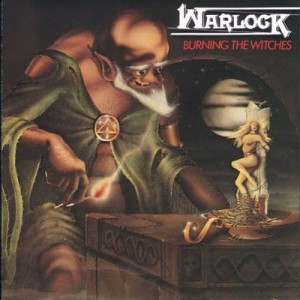 Doro: Yes. Nico, a friend of ours, was a comic-artist. And one day, I stepped into his room at his parents’ house. We were all still living with our parents. And there he had the cover artwork for ‘Burning The Witches.’ The Warlock looked exactly the way we had imagined him — with long grey hair. He is a male witch, a magician. Just like this. This picture was also drawn by Nico [pointing to the t-shirt worn by Michael]. So he has portrayed the Warlock in his castle with a woman chained to a candle. And the Warlock has lit the candle. It was amazing! And I said “This is our cover!” Then, we sent the picture to the label and finished the record. And we were really happy because it looked great! But when the record was released, we had to realize that the label asked someone else to do the painting. And suddenly, the Warlock had a a round head, no hair, a goat beard and he was fat! It had nothing to do with the original Warlovk anymore but there was nothing we could do. But we were really unhappy with it. The original artwork was sensational.

Michael: Do you still have the original painting?

Doro: No. We had sent it to the label. And back then, you didn’t take copies and you didn’t have cell phones to take a picture. And as a young band, we were confident and naive. We believed the label will do the right thing. And afterwards, you realize… that the Warlock is fat and bald! Perhaps the son of the guy from the label has drawn it. I don’t know… We also had the Warlock as an identification together with the logo. We used it as a backdrop on stage. And the cover was all different and we wondered why. It’s always topsy-turvy in the music business! 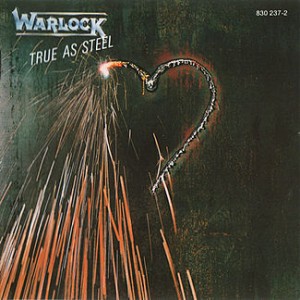 Michael: We jump right to the next record ‘True As Steel.’ Many fans thought it was too soft. Looking back, what do you think of the record?

Doro: Looking back, it sounds quite good. But when we did the demos for the record, it sounded more like Metallica — very hard, very fast. Then we recorded it and the label wanted a mixer with a famous name. Therefore, they brought in Michael Wagener. He mixed and produced a lot of big bands like Skid Row. Suddenly, it sounded more like the pop rock L.A. sound. As a band, we wanted a rougher and tougher sound. Then, there was real trouble within the band.

Michael: Were there different opinions within the band?

Doro: Some really went ballistic, the others tried to pacify. Henry Staroste, who was our producer back then and a really nice guy, flew to L.A. to work on the mix as well. But he didn’t stand a chance. I guess they didn’t even let him inside the studio. But when you are young, there are so many things you just don’t know. Anyways, the record sounded too commercial for us. We wanted to separate ourselves as a metal band. We never wanted to be played on the radio. But the label always wanted a radio-friendly sound. Therefore, there was some yelling… Yes, it was just a different sound; a little more commercial. And I like the song “True As Steel” very much. But compared to the demos, the record sounds a bit mushy.

You can view and read the entire interview with Doro at Neon Sunsets – The 80’s Channel or in the video below.