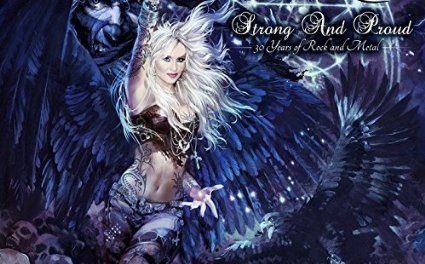 The metal queen Doro will be releasing Strong & Proud on July 1, 2016 to commemorate her 30th year anniversary in the rock and metal industry. Strong & Proud will be available in different formats including a single CD and three DVDs. 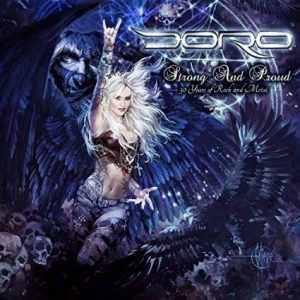 Amazon.com states the following about Strong & Proud: “2016 release from the German metal vocalist. Across the 14 songs, Doro celebrates her career from Warlock to the present day, also offering up cover versions of artists that have inspired her – including Iron Maiden, Dio and Accept. Doro Pesch has always been a fighter. A fighter who passionately stands for what she is: a pioneer and driving force for heavy metal. As a young girl her dad, being a lorry driver, took her on his tours, and thus awoke her passion for travelling. To be on the move, to experience new things; it has been a part of Doro‘s life ever since she’s a little girl. After forming the band Warlock in the early ’80’s, she secured a record deal and played gigs and tours with legends like Judas Priest, Ozzy Osbourne, Bon Jovi, Metallica, Scorpions, Megadeth and W.A.S.P. She became the first woman to play the Monsters Of Rock Festival and continues to be a pioneer for females in metal.” 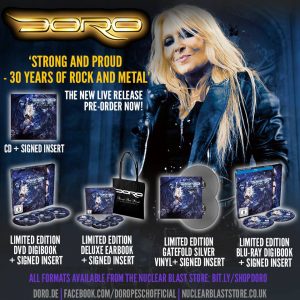 Some of the guest singers on the extensive Live-DVD/Blu-Ray ‘Strong And Proud’. ORDER HERE: http://nblast.de/DoroStrongAndProudNBSee DORO on tour: http://www…