The Ultimate Metal Queen, Doro, has unleashed a video for her latest single “Brickwall” , which is available for pre-order via Nuclear Blast Records with a release date of July 31, 2020.

In an interview with Christopher Carroll for Sleaze Roxx earlier this year, Doro explained her process for writing songs over the years: 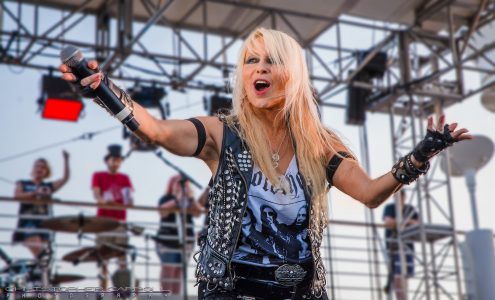 “In the ’80s, it was a little tricky because I couldn’t speak English and neither could the band! I’d have an idea and I would write lyrics using a dictionary. Sometimes, it was so funny… Once, we had a song called “I’m The Red Light Star.” We went and played in England, very early on, and some journalist said, “You have interesting lyrics. What is I’m the Red Light Star about?” I told him it was about going onstage and feeling the lights on you so you’re the red light star. He said, “Between me and you, the red light is a district where hookers go” and I had no idea! I’d probably picked it up hearing it in songs like the Police’s “Roxanne”…. You know, ‘Put on the red light.’ I thought it sounded good but when you’re not born speaking English, sometimes it’s easy to mix things up. It was hilarious! It was a great song but it never made the record for that reason.

So, Christopher, the question was how do I write songs. In the beginning, it was different. First there was some music and then I would do some melodies and then some lyrics. When I went to do a little promotional tour in America, around ’86-’87, I had only three days there but after just two days, I knew I wanted to stay in New York. Everything fell into place. I was put in touch with great people. We went into the Power Station to do demos. I didn’t know that it was the most expensive studio, the best studio, because it didn’t look fancy! But when we got the bill for the demos… “Oh my God!” But we came out with such great songs.

Ever since I came to the States, I feel English. I dream in English and I write songs in English. Usually, when I fall asleep, you know, the mind is so open so I get a melody and lyrics at the same time. That happens a lot then I bring it to someone I think is good with ballads or soulful stuff or heavy or speed metal or whatever. So I’ll present ideas to either my band or someone I love to work with. One guy I love to work with is Andreas Bruhn. He’s the ex-guitar player for Sisters of Mercy. We met in Hamburg [Germany] in ’95-’96 and ever since then, we’ve been a great team. We are working on the new record, as we speak! Before the [Monsters of Rock] Cruise, I went to Hamburg to present him three ideas and he was like, “OK, let me see what I can do with it.” 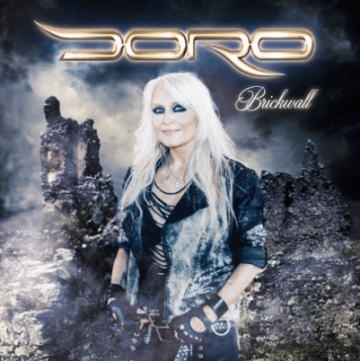 The key part for me is always the chorus. The parts like the intro, outro or the bridge, we’ll do together, sometimes with my band, as well. We’ll meet in the studio but first I have to have an idea going in. When I have an idea and the whole body is vibrating, you feel there’s magic, THAT’s the best! And that happens a lot. I was doing lots of songs in Nashville. I went there in ’91 and met so many great songwriters but one really stuck out. His name was Gary Scruggs. He’s the son of Earl Scruggs. Gary and I had the best chemistry and in Nashville, they’re so good with words so when I had an idea he made it 10 times better! I’ve always gone back to Nashville to write songs because it was really meaningful and deep.

I really believe in first, getting the melody and lyrics at the same time because, you really want to talk to the fans. To me, my fans are my absolute EVERYTHING and I want to speak directly to them. For example, on the new album, my favorite song is called “Soldier of Metal.” It’s the most beautiful song and it was written for the fans, just to tell them that they can always count on me. I will fight till I die! I will always be your soldier of metal. When I’m not there, you’ll feel me in your heart. The fans are always the most important thing to me in many ways. Sometimes, a fan will tell me a heavy life story or maybe how somebody was ill. I get so much feedback from them saying that music can really heal you.

There was a girl named Barbara. She was half Indian. She fell into a coma and her husband contacted my manager who contacted me. The husband was so devastated. He said, “I don’t know what to do but she is a diehard Doro fan. She always came to your fan club parties.” She’s actually singing on one of my songs. I always let the fans sing on one anthem. I love that! He was so upset and I asked him what I could do. He said, “Well, could you send her a little message?” So, over the phone, he recorded me singing “.. deep inside my heart” for her and I said something nice. He said he played it for her every day and after about 12 months, she woke up! I just saw her at the fan club meeting two weeks ago.  There was a big party and we celebrated with the diehard fans from all over the world — America, Russia, France, Germany — and we celebrated our drummer Johnny Dee’s 26 ½ years in our band! We wanted to do it for his 25th but there was no time because we were touring constantly and doing a record. It was in my former hometown and I knew the people. It was where we started out. They were always good to us. When I did my anniversary shows, we would practice there and sometimes Lemmy would come walking through the door and practice with us because he was doing a song with us, onstage, actually a song we wrote together. These people were very supportive. That’s the reason why we do it there.”