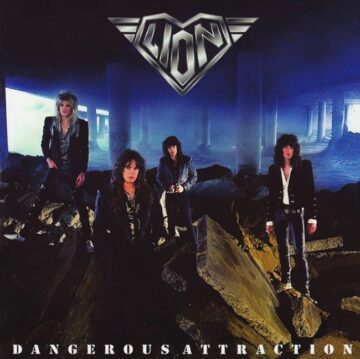 Back in the mid to late ’80s, Aldrich played guitar in the band Lion, which released two albums, Dangerous Attraction (1987) and Trouble In Angel City (1989).

Aldrich was asked why Lion didn’t take off as he had hoped to which he replied:

“We were signed to a record company that wouldn’t support us on the road. They wouldn’t give us any tour support. We made a great record but Lion wasn’t like your traditional Sunset Strip band, we were more influenced by Whitesnake, Led Zeppelin, and Thin Lizzy. We had a European singer in Kal Swan, and we had a great following and stuff, but a lot of the record companies kind of passed over us because we didn’t have that typical LA sound. And so we got this one offer from Scotti Brothers, and our attorney immediately said, “Don’t sign that contract,” but we felt like, “Hey, this is our only offer. If we don’t take this, there is nothing else. Everything will be okay. We can renegotiate it. We can do it.” So, we signed the contract and made Dangerous Attraction, which is a great record. And we had gotten offers to go on the road, but Scotti Brothers told us, “No way. We can’t do it. There’s no money to front the tour.” Without our record company backing us, and without any tour support, the record went nowhere. We got out of that contract and made Trouble in Angel City with Grand Slamm Records, but there wasn’t enough money there for any sort of push, and we had no major label interest because we got buried. We missed our window of opportunity being stuck in the mud with Scotti Brothers. So, it took some time to figure it out. Eventually, we had to break up to get out of it.”

You can read the rest of the interview with Doug Aldrich at Vinyl Writer Music‘s website.