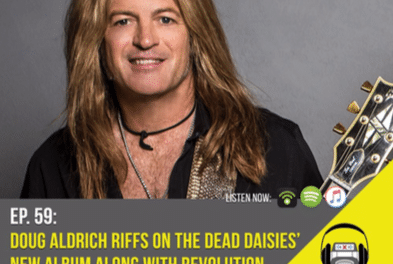 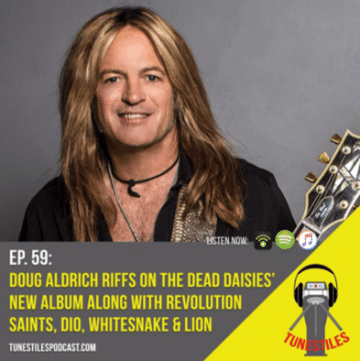 Aldrich was asked about The Dead Daisies being his main project to which he replied (as transcribed by the Tunestiles Podcast): “It’s been the mothership for me, the main gig. And I’ve had some free time to do other things, but at this point, we’re gearing up to it’s going to be full on Dead Daisies for the next couple of years, or at least this year.”

In terms of recording the new album with producer Ben Gross in France during the month of November 2019, Aldrich indicated: “It was just a great process doing it together, everyone in an all-for-one / one-for-all type of thing. And when you do it like that everybody gets invested in each song. Because, of course I can put a guitar part down without anybody being there. But it was really nice to have Glenn there, because Glenn would say ‘Hey, you know, what about this? Or how about if you do it like that?’ And I would say ‘Well, let’s try it!’ and nine times out of 10 it would be like ‘Yeah, I see what you mean, that’s really cool! Let’s do that!”… So it really helps when you’re all together in the same room.”

You can listen to the interview with Doug Aldrich at Tunestiles Podcast’s website.