UK rockers Down ‘n’ Outz consisting of Def Leppard frontman Joe Elliott on lead vocals and guitar, Vixen bassist Share Ross, drummer Phil Martini and The Quireboys members Paul Guerin (guitar), Guy Griffin (guitar) and Keith Weir (keyboards) have unleashed a lyric video for the title track of their new studio album This Is How We Roll, which will be released on October 11, 2019. 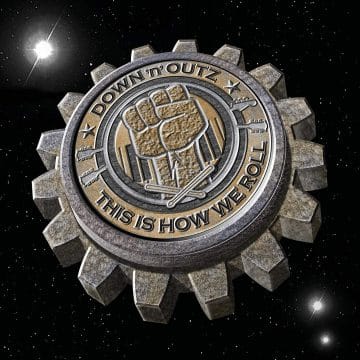 Amazon indicates as follows (with slight edits): “Down ‘n’ Outz Joe Elliott’s side project away from Def Leppard release their brand new studio album This Is How We Roll. The band is founded and fronted by Def Leppard’s Joe Elliott and backed by members of The Quireboys, Wayward Sons and Vixen. This album made up of original songs all written by Joe Elliott (bar a cover of the Tubes‘ “White Punks On Dope” is the band’s first album since the Further adventures of was released in 2014. The album produced by Joe and long-time Def Leppard engineer Ronan McHugh is the first to contain new songs (the previous albums were as mentioned cover versions) and sees the band channeling a very 70’s feels over 11 new songs and one cover version.”

Down ‘n’ Outz‘s “This Is How We Roll” lyric video:

The title track from the brand new Down ‘n’ Outz album, This Is How We Roll. “I’m extremely proud of what we’ve achieved with this album.” – Joe ElliottOrder…