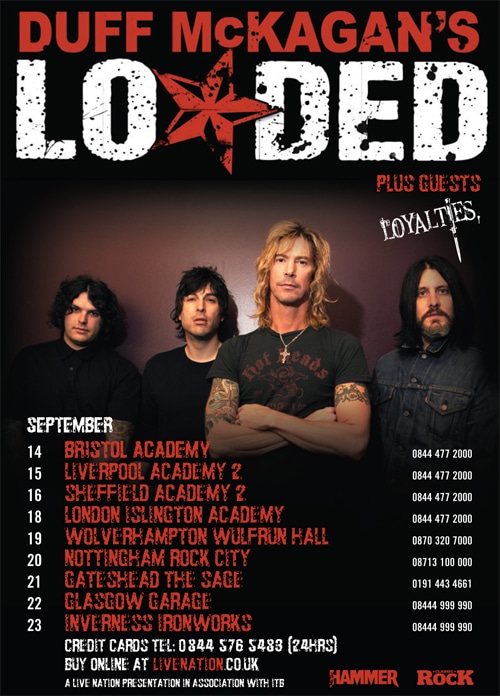 Velvet Revolver may be in hiatus/looking for a new singer, but bassist Duff McKagan is keeping things moving – his band Loaded have just announced a September UK tour, and have an album on the way. And in case you missed their last one, now Classic Rock and Metal Hammer readers can download it for free.

Currently out of print and selling on Amazon for £13 and above, Dark Days can be downloaded guilt-free from here (the link is in red, top left).

The band’s September tour is sponsored by Classic Rock and Metal Hammer and runs as follows: