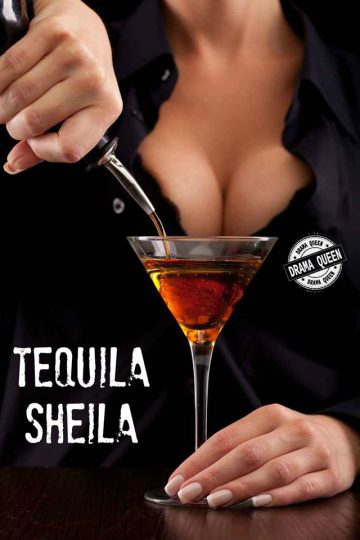 Drama Queen describe themselves as follows on their Facebook page (with slight edits): “Drama Queen is an all-original commercial 80’s hard rock / heavy metal band out of Rockford, IL. We released a full length CD in March of 2018. The songs are very marketable commercial hard rock – very catchy, sell-able and appealing to the 80’s hard rock fan base. Now booking for live performances.”

“Funny enough, as I was scrolling through Drama Queen‘s Facebook home page looking for the release date for the group’s self-titled album, I was surprised by how many seemingly good reviews that the album had received. I didn’t bother reading any of them as I didn’t want to influence my opinion in any way. To me, Drama Queen‘s self-titled album is a record with songs that have a lot of unfinished potential. There are a lot of good elements to the songs and they usually start off pretty nicely but they never seem to get to that next level.”